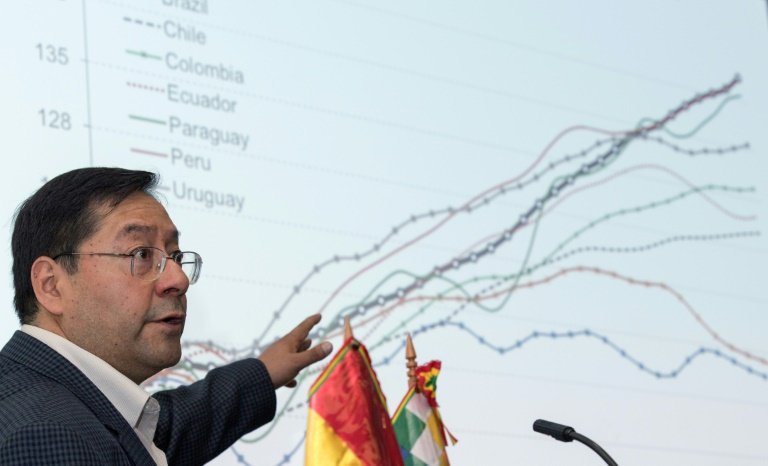 Bolivia's former economy minister, Luis Arce -- credited with steering the country through several years of strong growth -- announced Friday he had joined ex-president Evo Morales in Mexico, where he has been given political asylum.

"I thank the Mexican government for granting me political asylum in that brother country," Arce wrote in a letter published by Bolivian media.

Arce was a key part of successive Morales governments since 2006 that slashed the poverty rate and presided over rapid economic growth fuelled by gas exports, making Bolivia one of Latin America's fastest-growing economies in recent years.

Arce said in the letter that he intended to move later to Brazil "to continue my periodic medical exams."

The former minister had to temporarily step aside in 2017 for health reasons.

Arce had forecast 4.5 percent growth for 2019, before the post-election violence that forced Morales to resign on November 10 and accept political asylum in Mexico two days later.

Former vice-president Alvaro Garcia and ex-health minister Gabriela Montano have also been given asylum in Mexico.