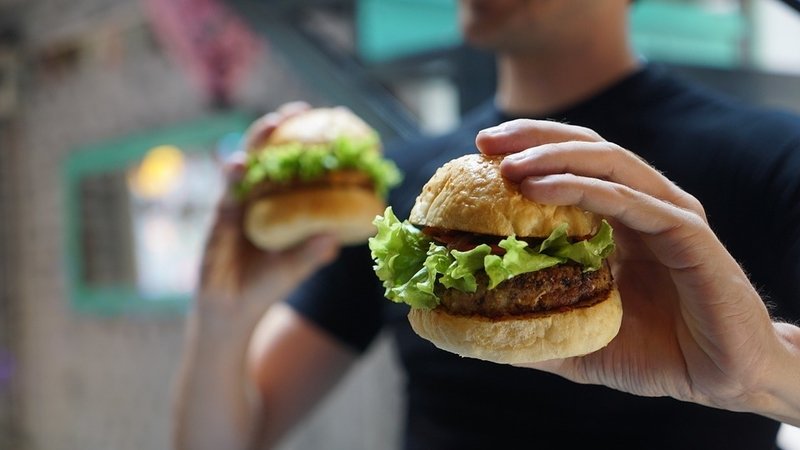 Being a vegetarian is easier than ever, but that doesn't mean it's always easy to find exactly what you crave.. here's where one editor tends to go.

As I outlined in an opinion piece about 'meatless meat' a fair few moons ago, I'm one of those vegetarians who's a big fan of 'fake' vegetarian 'meat'. I became a vegetarian halfway through my 20s after a solid two decades of being a proper carnivore, and having access to meat substitutes certainly made the process easier.

But, but, but.. much like with real meat there's a huge variation in quality between brands and even specific products (one brand might do a mean veggie sausage, but fail horribly when it comes to 'chicken' for example). For that reason, it's often a good idea to shop around a bit and try out different brands and options for whatever meat you're trying to substitute.

While there's more to vegetarianism than eating fake meats and cheese, that's where I will put emphasis in this article - if you're looking for good vegetable shops and the like, you may want start here instead.

If you're reading this it's probably safe to assume that you are already well aware of the fact that not all cheese is vegetarian. In fact, most cheese is not. Some vegetarians are happy to forget about this rather than limit the number of delicious cheeses available to them, but I personally try to only buy vegetarian cheese.

That's often easier said than done, and can involve spending far more time than you'd like reading the fine print on cheese packaging looking for "dierlijk stremsel" (Dutch), "Kälberlab" (German), or "présure" (French). In English this is known as rennet, and it's extracted from calf stomachs during the butchering process, basically by deep-freezing and milling them and then extracting the enzyme. It's used in cheese making as a curdling agent. While the result is often delicious, the process itself is not something this vegetarian can really get behind - but no judgement if you can. To each their own and all that.

Now, there are vegetarian alternatives to rennet that can be used, and what you should look for on the cheese labels is "microbiel" (microbial) or "végétale" (vegetable). Most shops will carry at least a few cheeses that don't use rennet, but unfortunately it's not something they tend to signpost very clearly. If unsure and the selection is limited, cheddar usually does not contain rennet, and younger gouda is fairly safe as well.. though there are exceptions.

Personally I buy most of my cheese from Naturata (several locations around the country) as they include the type of coagulating agent used on the signs in their cheese counter, and if you ask they usually have a list of all their cheeses categorised according to the type used. Very handy.

Where to find vegetarian meat substitutes

The selection of vegetarian fake 'meat' has grown rapidly in the last few years, and quite honestly you will find a decent array in pretty much any supermarket at this point. I personally don't have any real preference between the standard supermarkets in terms of where I buy my meat substitutes - some things I get in one shop, others in another.

Cactus have a whole section devoted to vegetarian meats, and most of it is pretty decent - a lot of Quorn brand stuff, but plenty of others as well. The mini cocktail (standard and salami versions) are delicious, and I've not seem them elsewhere. You also can't beat their "mühlen salami" for taste and texture. Both of these are from Rügenwalder Mühle.

Naturata also offer up a good selection, as you would expect, and I'm particularly fond of the 'gyros' they sell as well as their sausages (can't recall the brand - but there's one that's slightly more expensive and you get two to a packet, exceptionally good). Naturata is also very good for tofu.

Delhaize have a surprisingly good selection in most of their shops, even the smaller ones such as the one by the train station in the City. What's particularly good is that they have several different brands, including De Vegetarische Slager (the vegetarian butcher), whose vegetarian 'chicken' and formable 'mince' simple cannot be beat.

Colruyt have a fairly good range as well, with all of the basics (sausages, 'chicken', mince, etc., etc. plus a few fancier things, and big bags of frozen 'meatballs' and 'gyros').

I've also recently found out that there's a vegetarian specialist shop in Roeser called Venga, who even sell difficult-to-find brands. I'm yet to visit this shop myself, but have only heard good things.

I've not been to all of the different supermarkets, so if I've missed a good one do let us know in a comment and we'll add it to the article!