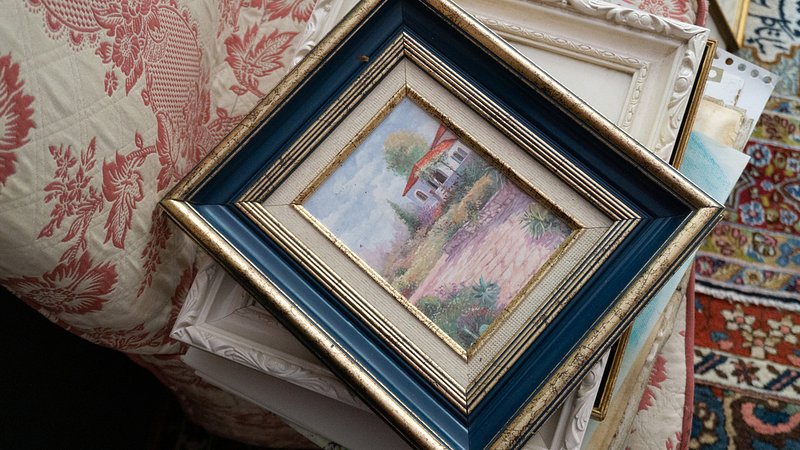 Originally launched by Pascal Zimmer, Kaale Kaffi has been a hotspot for art and coffee lovers alike.

Since 2016, the Turkish-born and raised manager Solak Mustafa has been running the place, slowly adding his personal flair to it. His love for art is displayed everywhere: from the walls to the floors up to the toilets. The best thing about it? There are quite a few gems that are for sale, too. We sat down with the entrepreneur to talk about his love for art and the concept behind “Kaale Kaffi”.

You’re originally from Turkey. Why did you decide Luxembourg was the perfect choice of residence for you?

That was an interesting one. I first heard about Luxembourg when I was still a child. Back then, I used to play football and was always listening to the football news on the radio. One day, I heard the radio speaker talk about how Luxembourg had lost against Turkey in a match and was super happy at the time. Then, my parents explained to me that it’s normal since Luxembourg is such a small country and there weren’t many professional players back then. I became really intrigued with the country and said that I’d want to move here at some point. Obviously, my parents didn’t believe me at the time. I then moved to Florence to study art and, once I had graduated, I did a little trip through Europe in which I did include Luxembourg as well, and since I really liked what I saw, I decided to move here. That was in 1992. When I got the Luxembourgish nationality, I went to see my dad and was like, ‘remember that time I told you I’d like to move to Luxembourg, well here you go’. And I showed him my passport. That’s how things can turn (laughs). Sometimes you’ve just got to listen to your instincts.

When did you get into art?

I’ve been passionate about art since I was a child and afterwards when I studied in Florence, this love just deepened. It’s just a whole other category of art and it’s shaped me and my taste in art a lot. For me, art can be a way to create a mood and change the energy of a room. Art can bring new ideas to people and I just love that idea. And honestly, if you’re running a place like this one, you’ve got to love what you’re doing to stick by it, because it can be a lot of work - with all the cleaning and everything - but for us, it’s a pleasure first and foremost.

How was it for you to take over ‘Kaale Kaffi’?

I used to be an antique dealer and I always thought that people like me needed to have a place to go to where they felt comfortable, could unwind but also be surrounded by art. So when I became the manager of ‘Kaale Kaffi’ in May 2016, I decided to shift the concept quite a bit to have more of a vintage art coffee place. In the beginning, it was really hard. Like, you’re sitting here and no one’s coming in, people are just looking really sceptical but rarely coming in. So obviously, I had a few doubts, but then, we started to change up the decorations, add some comfy canapés and carpets, and the word just started spreading and the place continued to gain in popularity.

What makes this place so special in your opinion?

I think it’s all about the warm and familiar atmosphere. You can buy coffee on every corner but it’s that feel-good atmosphere that makes this place so special. People come by just to relax and unwind for a couple of hours, and I’m really happy that we’re able to offer them a place like that. Then, there’s also our homemade orange cake which is hugely popular. You know, it’s just one of those cakes that you have to come back over and over again for. I even have a client who lives in England and she asked friends to bring her 10 pieces of orange cake when they come to visit her (laughs).

You’re also selling vintage art pieces here. How do you source your items?

Both I and my son are very much into art, so we have a huge personal collection that we showcase and occasionally sell pieces of. Then, we also work with dépot-vente which is nice because you’re basically getting free decoration for a while (laughs). The thing is that I don’t like to advertise that we’re also selling things because I don’t want my customers to feel like they’re entering a shop when they’re coming here. That would just ruin the whole atmosphere we’re trying to maintain here. We became known as a cafe and I want that to stay this way, even if we’re selling art pieces on the side as well. It’s supposed to be more of a side-gig.

What makes vintage art so special?

I think that vintage art has seen a massive increase in popularity because it’s pretty affordable, plus it makes such a big difference to a room. Having just one huge painting on a wall can completely change the feeling of the room and that’s very powerful.

How did you experience this last year?

It was hard, both emotionally as well as financially. We never lived very lavishly which was probably what saved us, since we didn’t have any big expenses, but obviously, we counted some losses, as did everyone I guess. I think that we’ve managed pretty well though, so I’m very happy and grateful for that.

We want to immerse ourselves more in the Luxembourgish market either by launching a new brand or concept or something. We have a couple of ideas and would like to branch out into other areas a bit but nothing’s concrete yet and with the pandemic still being around, I think it might still take a while. But in terms of this place, we’ve been focusing a lot of attention on our online presence and terrace recently to get the word out even more. The internet is the perfect place for that and gives us a platform to boost sales. We’ve survived two and a half years of having a construction site right in front of our door and two episodes of COVID, so no matter what, we’re pretty optimistic about the future.

Kaale kaffi
© Valeria Wiwinius
The photos published on this site are subject to copyright and may not be copied, modified, or sold without the prior permission of the owner of the site in question.
Most read
More news