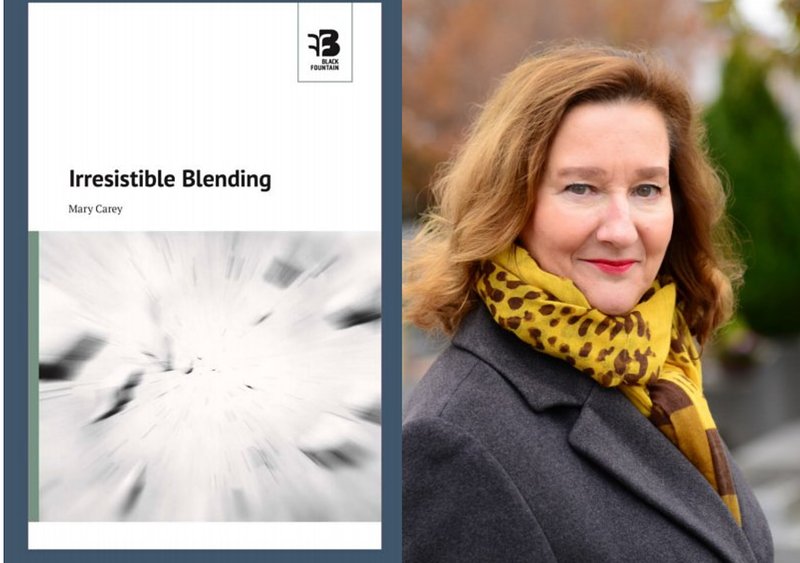 Luxembourg is known for its multilingualism, and Canada-born Mary Carey is helping cultivate the importance of English-language literature in the Grand Duchy with her first novel Irresistible Blending.

Mary Carey’s first novel, entitled Irresistible Blending, is a healthy blend of science fiction and psychological thriller. Set in the early 2000s, the story follows an artist living on a commune in Vermont. Themes such as the nature of art, the nature of nature itself, and of course the nature of humans intertwine within the plot to create a gripping and thrilling mystery for the reader.

The idea, Carey said, came to her years ago in the form of a dream. She recalled a very particular feeling, being surrounded by woods and a stream; she awoke with excitement and drive to put her experience on paper.

Carey originally wrote the book across the span of a year, 2004 to 2005 to be exact, all while enrolled in the creative writing programme at Humber College in Canada. Upon completion of the manuscript, Carey received some positive feedback from a publishing house, but the project was set aside as life evolved in other directions.

Despite the passing of several years, the sensation of dreaming returned on Christmas day 2019 when Mary received an email from Luxembourg-based Black Fountain Press saying they wanted to publish her book under their label.

It was one of those emails/letters you dream about but you think will never happen.[...] I still have it printed out. It’s a keeper.

“ It was one of those emails/letters you dream about but you think will never happen.[...] I still have it printed out. It’s a keeper.”

The title itself gives no clue to the nature of the story, which is an intentional choice, fanning the flames of mystery and intrigue behind the plot. Carey admits she is a proponent of titles that reveal themselves as the reader progresses through the story, and goes as far to share her hope that the underlying meaning not only frightens readers but disturbs them as well.

While Irresistible Blending may be her first novel, Mary is no stranger to the literary arts. She is the founder of The Creative Writing Club of Luxembourg where she collectively produced an anthology of short stories, titled Writing From a Small Country.

Both the founding of the club and the production of the book are cemented by Carey’s opinion that Luxembourg is filled with a plethora of good writers. She says it’s more than time for the country to “punch above its weight in this as it does in so many things.” While the original club has since been dismantled, it still exists in another form as the Creative Writing Forum.

In addition to her work with Black Fountain Press and the Creative Writing Club of Luxembourg, Carey has penned hundreds of journalistic pieces which have been published in both Luxembourg and Canada.

Carey’s career and success as a writer have been due in part to the people she has looked up to and surrounded herself with. She is the first to mention names of mentors, friends and other authors who have both supported and advised her along the way. It's an exemplary quality that adds an even greater understanding to her literary success.

Carey is passionate about the path she is paving for herself as a novelist and has already begun work on several new projects, including another novel and several short-stories.

When asked if she had any tidbits of wisdom to offer aspiring writers, her advice was simple: write. She suggests keeping a diary as a learning tool, allowing for a free flow of words unencumbered by the potential judgement of others. In forgetting one’s audience, a writer can find their own voice.

If you would like to meet Mary and get a signed copy of her novel, she will be signing books on Saturday 22 January at the Library Ernster in the Cloche d'Or from 11-12.