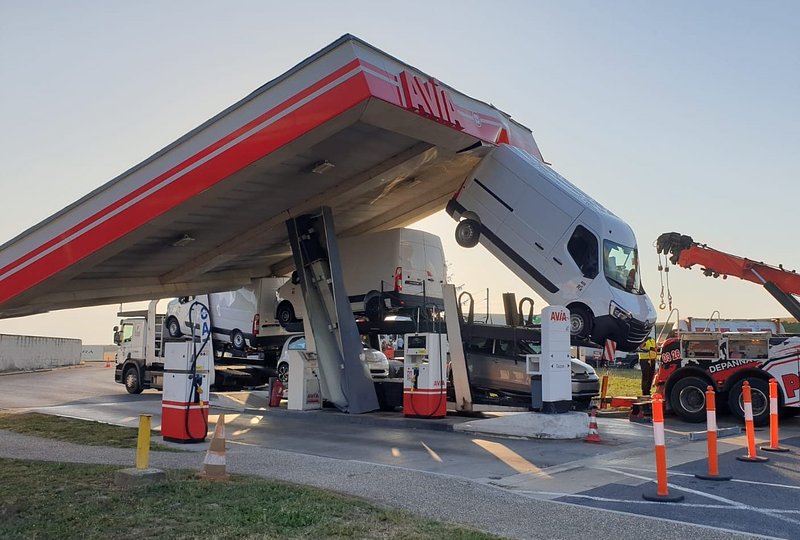 A remarkable incident occurred on Friday night at the service station in Valmy on the A4 motorway in France.

A large trailer transporting vans somehow managed to lodge itself in the roof of the service station. The shock resulted in the building's near-total collapse.

According to local firefighters, no one was hurt in the incident, but there was significant material damage.