A Land for All. This is the concept, the hope, for a grassroots initiative founded by Israelis and Palestinians working together for peace. Lisa Burke talks to two of the founding figures.

Bringing peace to the Middle East is one of those flippant remarks we make when pondering the impossible. But the State of Israel as we know it (or thereabouts) is only 72 years old. The landmass had been known as Palestine.

This 'Holy Land' has a messy history. But so too does Europe: the World Wars, the enemies, the Berlin wall. So too does Ireland. So too does South Africa... Some of the examples that spring to Meron Rapaport's mind, an award-winning Israeli journalist. It's what gives him hope that there is a peace model, akin to the EU perhaps, that could work for Israel and Palestine.

Dr Thabet Abu Ras, Palestinian, is Director of The Abraham Initiatives, and a professor of geography and land planning. 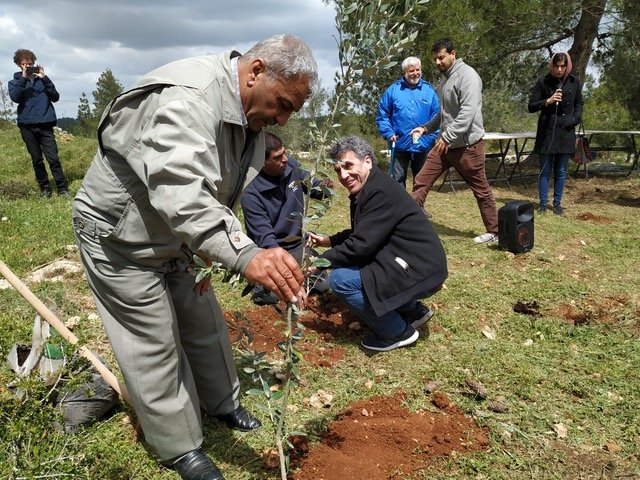 Meron and Thabet educate tirelessly for peace and a shared society to improve the lives of their people, and know that this peace could flow out to all neighbouring, often unstable, countries. They are part of a burgeoning group of grassroots organisations pushing for peace.

"Solving the Israeli Palestinian crisis is the gate for normalisation for the Middle East, between people," they say.

Meron and Thabet are not cowed by naysayers. They believe that peace is a possibility in their lifetime.

A Land for All is a nominee for the 2021 Luxembourg Peace Prize.

B8 of Hope is a 'home' for numerous Israeli Palestinian grassroots organisations working towards peace.