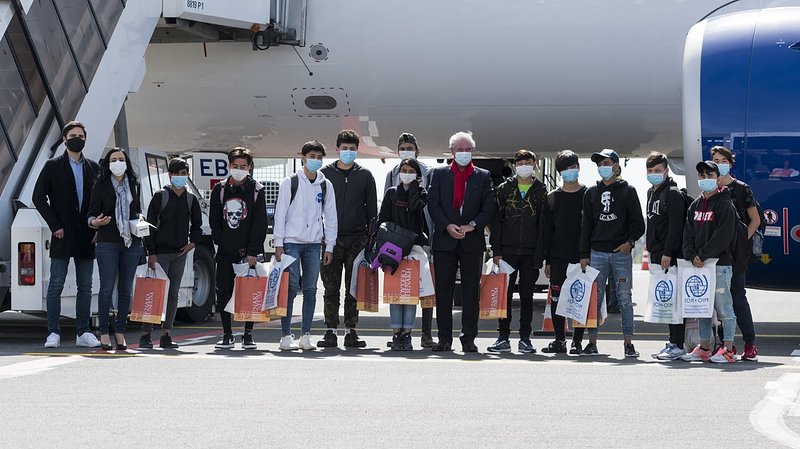 While some of us teenagers are struggling to find the right picture to post on Insta, others in our age group go through completely different things that are a lot worse.

Around 42,000 refugees and asylum seekers reside on the Greek islands. Roughly one third of them are children and teenagers, and more than 10 % of these are unaccompanied. In other words, 1600 kids and teenagers are on their own in refugee camps!

For some of them the situation is even worse: When Greece cannot provide the right accommodation for them, they end up in police cells or detention centres waiting for their transfer to a shelter. As of 31 March, 331 children were held in police detention.

At the beginning of March, 10 EU members and Switzerland have agreed to take in a total of 1600 children, and Luxembourg was the first of these countries to hold up their end of the bargain when they welcomed 12 of them mid-April. Ms Jacobs, president of Caritas Luxembourg, the organisation taking care of them, was so kind to answer a couple of questions:

Ms Jacobs, How are the 12 refugees doing?

"They are doing very well. A couple of days ago, we had a big celebration (as far as this is possible in these times) and they were very happy and in good spirits. As things developed very quickly after Luxembourg decided to take in some unaccompanied refugee children, we relied a lot on volunteers from several backgrounds. We are very grateful for the educational staff and others who helped in the process of the transfer and their integration."

The plan is to send them to school next week:

"At the moment, we are in touch with the Ministry of Education to see which schools and which classes they can attend. They already have a couple of lessons at home now but for the future we believe it is better for them if they could join a school."

One of the challenges is that none of them have been attending school for a longer period in their lives, and one of the refugees hasn't been to a school at all, but:

"They are very motivated and they want to learn."

The 12 refugees are between 11 and 16 years old and come from either Syria or Afghanistan. Here they are taught French and Luxembourgish but for now English is the language in which they communicate, as much as they can. They live together in a house which was especially set up for this purpose and the plan is that they stay there for a longer time. There they are supervised by educators around the clock.

"We didn't want to transfer them to an asylum shelter but instead offer them to live as a family together. In a group constellation it is easier for them to integrate. Being together can also help them to process their past," says Ms Jacobs.

Some have experienced traumatic events. One boy is believed to have lost his father in a shooting, another one's "journey" to flee took him one year.

"We are checking now to see if it could be possible for his mother and the rest of his family, who are still in Syria, to also move to Luxembourg."

Two teenage boys from Syria have left their country because of the war and because they were afraid that the Assad regime or other groups would draft them into the war against their will.

"They have other things than war on their mind, they want to have a normal life."

Why were the children and teenagers unaccompanied in the camps?

"They didn't have any other choice. Two of them were separated from their parents at the Syrian-Turkish border. Since then they have not had any contact with their parents and they don't even know if they are still alive."

Will Luxembourg take in more refugees?

"I cannot say, that is for the foreign minister Mr Asselborn to decide. With regards to the more than 1,500 other unaccompanied migrants that several EU countries pledged to take in, we know that Germany has taken in some refugees and we are in touch with German speaking Caritas associations. To welcome these young people is a massive enrichment, not only for the teenagers but for us as Caritas as well." 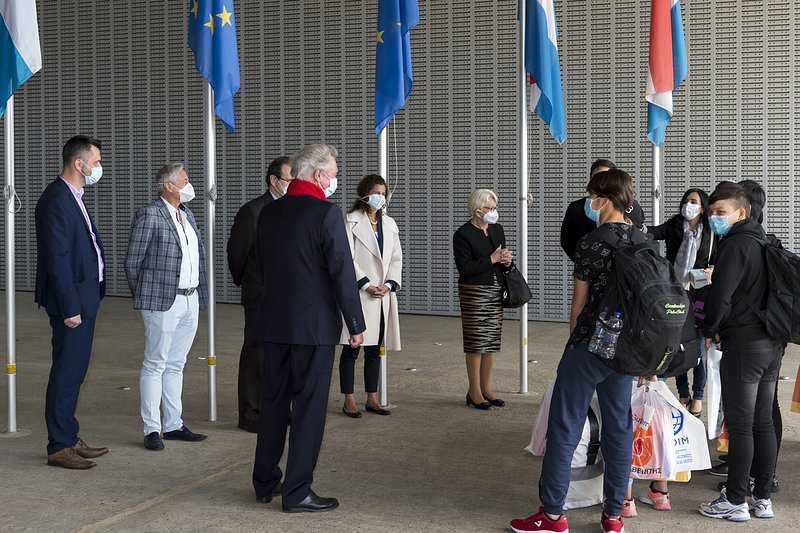 The refugees upon their arrival / © SIP / John-Christophe Verhaegen

The Corona crisis has hit the people in the refugee camps very hard:

"I believe the situation is very dramatic. The people live very close, often they don't even have water or toilets and that is why it was and is very important to change their situation, especially for the ones living on the Greek islands. We had hoped that we could quickly help even more people but at least so far, the great catastrophe did not happen. It is clear that for the people that already live in difficult circumstances, Corona has made their lives even more difficult, especially for children and women."

For Caritas in Luxembourg the Coronavirus has brought a lot of additional challenges as their support extends to other people, too.

"Of course, there are also all the other people that we help, for example homeless people. Some of them are very anxious, they come to us to have their temperature measured two or three times per day.

At the moment, we are also dealing with a lot of people who have never needed social assistance before. That is very difficult especially for people who before used to live an independent life and now, for the first time, have to ask for financial aid. Many people struggle these days and we try to help."

Coming back to the teenage refugees Ms Jacobs concludes:

"I had expected them to be very anxious when they arrived but the opposite is the case. You can see that in their previous lives they had no other choice but to be very independent, which in a way makes things easier for them here. They are always very positive.

Thankfully several people have followed our call for donations. This money is so important. It ensures that we can continue our work."

If you would like to support Caritas Luxembourg you can find the relevant information here.

Teenage Truth is a series where Jade shares her thoughts and experiences on being a teenager in Luxembourg.