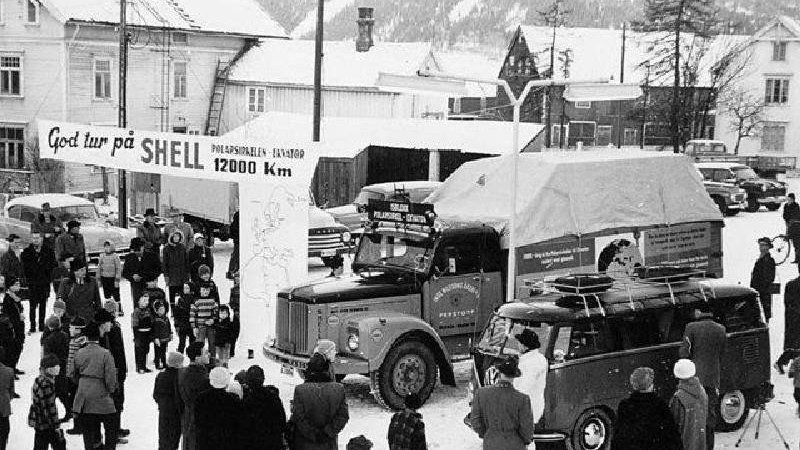 In 1958, Radio Luxembourg challenged anyone and everyone to transport three tonnes of ice from the arctic circle to the equator. A Norwegian firm took on the challenge.. and made it.

The main limitation put on anyone set to take on the challenge was that they were not allowed to use any form of refrigeration - which made the task rather more difficult, as you might imagine. But that did not stop a Norwegian insulation producer called Glassvatt (still around, but now known as Glava AS), who produced an insulation material made from glass fibres.

Radio Luxembourg offered some 100,000 francs per kilo of ice that made it to its destination in frozen form, which is the equivalent of about €1,500 in today's currency. So if all 3 tonnes made it, that would be a whopping €4,500,000 - though of course no one expected any attempt to be quite that successful.

Perhaps for the better, Radio Luxembourg got cold feed when the Norwegian company started their preparations, and withdrew the challenge. In hindsight this was rather a wise decision — given a lorry from Swedish motor company Scania, and free fuel from Shell, they were set to make a decent go at the challenge... and so they did. 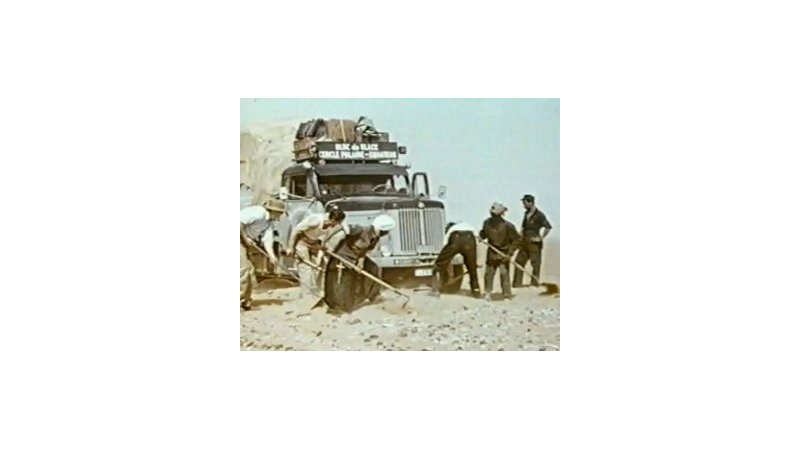 From Mo i Rana (Norway) to Libreville (Gabon)

Despite Radio Luxembourg withdrawing the challenge, and the prize money with it, the company decided to press ahead - there was still a lot of publicity to be had, after all. And so ice was cut out of the Svartisen glacier in 200kg blocks, flown to the nearest town, and melted together into a single 3,050kg block of ice.

It was then wrapped in the company's signature glass wool and placed in an iron contained, which in turn was placed atop the Scania lorry. Together with a film crew and a van carrying additional equipment, the expedition set off from Mo i Rana on 22 February, 1959.

When they reached Oslo the lorry was also loaded with 300kg of medications, to be taken to a hospital in Lambarene, near the final destination of Libreville. From their they made stops Helsingborg (Sweden), Copenhagen (Denmark), Hamburg and Cologne (Germany), The Hague (Netherlands), Brussels (Belgium), Paris and Marseille (France), Algiers, Hoggar, and In Guezzam (Algeria), Agadez (Niger), and finally Lambarene and Libreville in Gabon.

While going through Europe was not a particularly difficult feat, Africa proved more of a challenge. Algeria was in the midst of a civil war for independence from France, for one, and the deserts were not exactly known for their infrastructure. Each time they got stuck in the sand, which was a frequent occurrence, they had to get out of the lorry and spend hours digging it free — with temperatures often reaching as high as 50 °C, and their supply of water ironically rather limited. 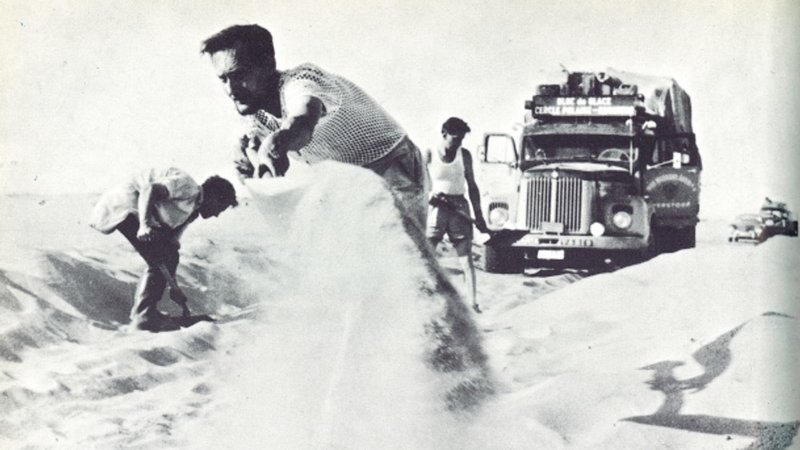 It took the crew twenty seven days on the roads before they arrive at their final destination - and the block of ice had lost only 11%, or about 336kg, of its weight along the way. Radio Luxembourg can count themselves lucky that they withdrew the challenge in time — because it would have cost them around €4,071,000 in today's money had they not.