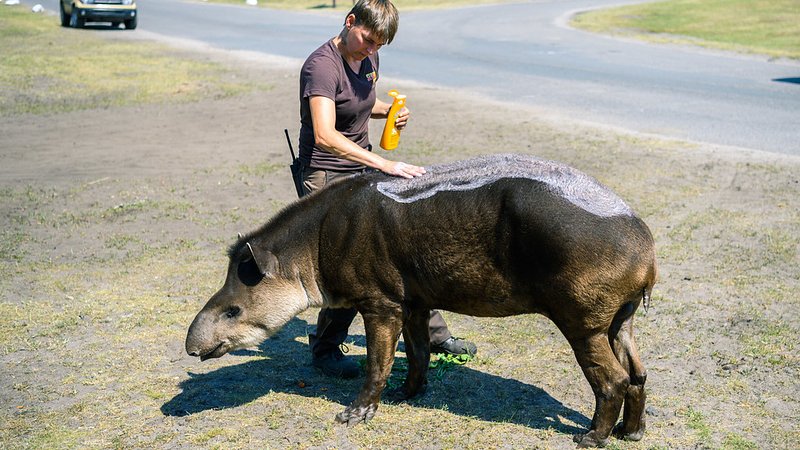 Temperatures in Hodenhagen reached around 33 degrees Celsius on June 26, 2019. Meteorologists blamed a blast of hot air from northern Africa for the heatwave early in the European summer, which could send thermometers above 40 degrees Celsius (104 Fahrenheit) in France, Spain and Greece on Thursday and Friday.