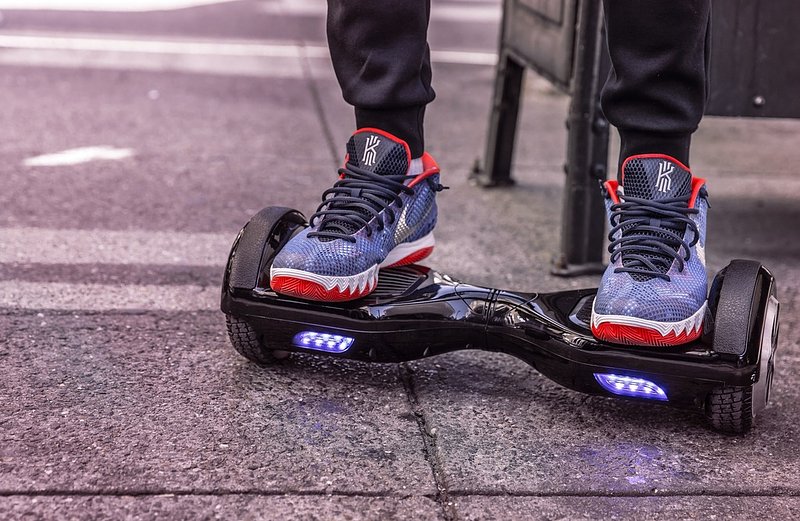 Roadworks are synonymous with Luxembourg.

Since records began, there has yet to be a day where there have been no reasons for delay on Grand Duchy's complex and confusing traffic system.

Until free transport is brought into the city centre in 2020, the government have been pressured into finding a quick solution.

In this instance with the introduction of the compact and manoeuvrable Hoverboard.

The hopes are, with many of Luxembourg's denizens zipping about on these two-wheeled vehicles of death, that the roads can be cleared for bike-users and the tram. C02 emissions will decrease and sales in protective gear, health insurance premiums and CSS contributions will spike.

It is rumoured that to finance the initial 600,000 unit order, a one-off tax of 5 eur per Luxembourg resident - 7 if you've not passed the language test, will be applied at the end of the month.

Residents can pick up their board from Auchan from May 3rd.

Cross border workers will have to pay a premium 10eur for theirs but can opt in to Board-sharing schemes at the borders.

Francois Bausch, last seen hurtling off in ever increasing circles toward Grevenmacher, has been reported as saying that this decision may well be the 'answer to all big city issues' and has even advocated the tailgating of the tram. 'It will be like one long conga' he said.

Emilia Barton, a tax specialist at an unnamed office in Senningerberg, is delighted with the news; 'Less cars on the roads is an avenue we've all long wanted, yes, we may get some grazed knees and sprained wrists...but this is for the good of the country, after all.'

Not everyone is happy, though.

Travis Hughes, normally an SUV driver, said of the plans; 'Look mate, I've got a car that won't drive itself, and the balance of a toddler mad on follow-on milk spiked with whisky, me getting on one of those things is an accident waiting to happen."