With a prevalence of about 1 percent, coeliac disease is one of the most common gastrointestinal inflammatory diseases in the world and this prevalence is rising further.

The immune system attacks its own tissues when eating gluten

The disease is caused by an adverse inflammatory reaction to gluten which is a dietary protein found in common grains and cereals like wheat, barley or rye. Symptoms can be extremely diverse, which often makes it difficult to think of coeliac disease as a cause for the health problems. While “typical” symptoms of coeliac disease include altered bowel habits, abdominal pain, diarrhoea, nausea and growth failure in children, some people might just experience fatigue or an inability to concentrate and others do not experience any symptoms at all.

We talked to Professor Detlef Schuppan about the disease, its challenges, and a new drug which could significantly improve the quality of life for coeliac patients.

Professor Schuppan is one of the leading scientists and clinicians in the field of gastroenterological autoimmune diseases, especially coeliac disease. He is full professor of Medicine at the University Medical Centre in Mainz, Germany, and at Harvard Medical School, where he is also a senior visiting scientist.  He describes his work as “being a biochemist but mainly a clinician and scientist”, with a focus on internal medicine, gastroenterology, hepatology and autoimmune diseases”. 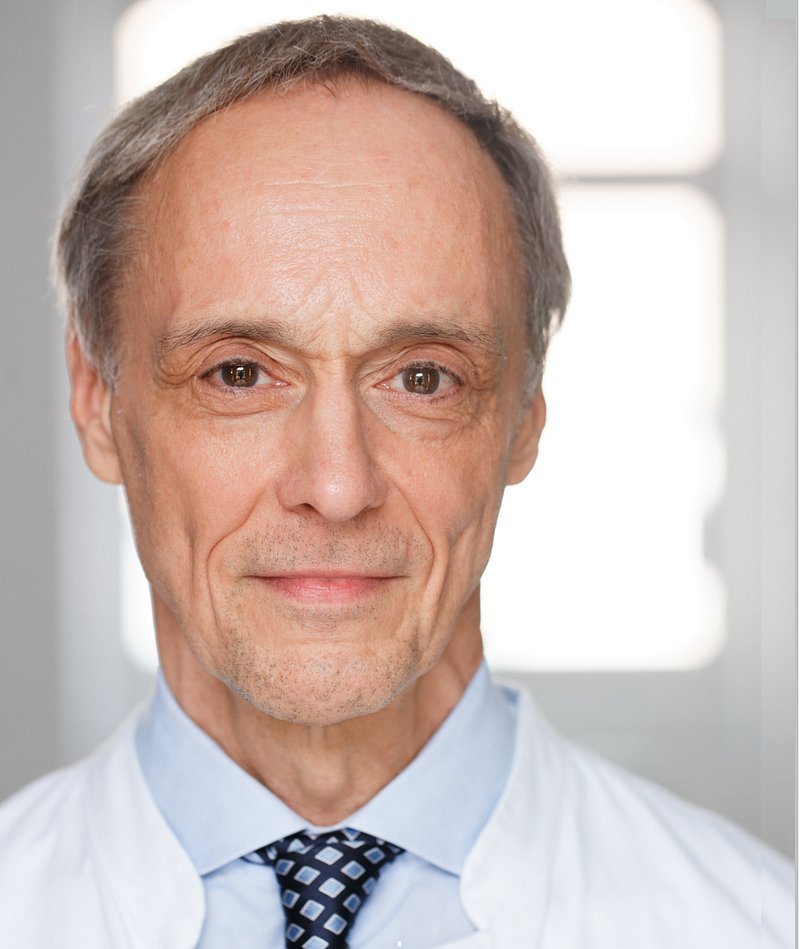 Professor Schuppan, could you tell us about your work on coeliac disease and the new drug?

“I got into contact with coeliac disease for the first time in the mid-1990s when we discovered the auto-antigen of coeliac disease, the enzyme tissue transglutaminase.  Auto-antigen means that patients with active coeliac disease, which is an inflammatory disease of the small intestine caused by gluten in their food, develop antibodies against this protein of their own.

The hypothesis was that if this body’s own enzyme could be inhibited, the gluten that coeliac patients ingest would then not become activated to cause the disease. This was hypothetical and it was a little bit daring to develop a medication for humans and then to go towards a clinical study, testing a specific inhibitor pill of this enzyme that could prevent damage caused by gluten in coeliac patients.”

What is the current stage of the study?

“Before the first clinical studies, we performed tolerability studies with healthy volunteers. Once it was confirmed that there were no significant side effects of the pill, we moved on to phase 2 of the study.

The so called ‘Proof-of-concept phase 2‘ took place with coeliac patients in remission, which means they did not have an intestinal inflammation, were on a strict gluten free diet for at least one year and did not have any  complaints. These patients then voluntarily ingested 3 g of gluten (about 20% of a standard daily consumption with bread etc.) over 6 weeks. They were subdivided in 4 groups, with one placebo group and the other 3 groups receiving 3 different doses of the transglutaminase inhibitor as a pill.

The study showed that, at the lowest dose already, the drug largely prevented the villous atrophy (editor’s note: this is the observable harmful effect of the disease inside the small intestines) to a certain degree and with the highest dosage, the inflammation was completely prevented. It is important to mention that also the minor additional complaints of the patients ingesting gluten were prevented with the highest dose of the drug compared to the placebo group. The tested drug (ZED1227) is the first drug of its kind that clearly shows efficacy to prevent gluten induced intestinal inflammation in coeliac disease.

Based on the promising results of the phase 2 study, we will start a larger phase 2b study by the end of 2021, which will include 40 centres in Europe.There the target population will be coeliac patients who do not completely heal and are not symptom-free with the gluten free diet, which is the case for an average of 20 -30 percent of the diagnosed coeliac population. They will be treated for 12 weeks with different dosing regimens. This study will take at least two and a half years and if that study is successful, it may take another 2-3 years in the best-case scenario for the drug to be generally available for patients.”

We all know that the Covid vaccination was very quickly developed. Why does it take that long for this drug to potentially come on the market?

“The Covid vaccination is not a treatment and the most successful vaccines already had all the technology needed in place, with tolerability and safety studies for other disease indications.  Here, only a change of the target protein (towards the COVID spike protein) was needed for the developers. Moreover, there was big need and a substantial financial support to rapidly perform the studies to show safety, efficacy and to obtain rapid approval. Still, it can be considered a paradigmatic success story”

Was it challenging for you to find volunteers, coeliac patients who voluntarily ingested gluten for the study?

“In fact, it was not that challenging. Just three months ago, we had a video conference among experts with the American Food and Drug Administration (FDA) involving coeliac experts and patients, where coeliac disease was considered a very important area of need for drug development, partly because of the psychological stress and social constraints for many affected people imposed by the strict gluten free diet. There were reports of young people, who were physically doing well with a gluten free diet but who felt like some sort of an outcast when they could not eat or drink the same foods as their peers. A gluten free diet can also be very difficult for elderly people who will become even more socially isolated.  Gluten can be present in almost any processed and refined food, given that gluten is a very important food ingredient to improve texture and taste.

Therefore, it is not as easy to live gluten free as most people think it is ‘You are diagnosed with coeliac disease, you go on a gluten free diet and everything is okay’ does not work.”

How would patients use the drug that is currently called ZED 1227?

“Similar to lactose pills, you would have to take a pill in conjunction with a potential gluten intake. However, it may only be necessary to take one or two pills per day to have a whole day’s protection, since the drug is taken up by the intestinal mucosa and stays there for a few hours. It would be a standby medication, which people could take when going to a restaurant for example, where minor amounts of gluten cannot be prevented. It would also be a medication for those people who still have inflammation even though they are on a credible gluten free diet. Here, it could finally help those who cannot even tolerate the 15-50 mg of gluten which can still be present in a strict gluten free diet.

The best dosing regimen in a ‘real life scenario’, that is in patients who still have inflammation and symptoms despite a gluten free diet, will be tested in the upcoming study.

In the long run, maybe together with an oral treatment here and there, and with a two-pronged approach, including another therapy to induce active tolerance to gluten (similar to hypo-sensitization in allergies), it may even be possible to achieve long lasting tolerance to at least minor amounts of dietary gluten. However, at present this is still a speculation. “

From which age on will the potential drug be?

“The current studies are from 18 years onwards but it was clearly stated by the FDA that if the drug has a clear mechanism of action and the mechanism is the same in children as in adults, then the path to approval for children is relatively short. So, we would not have to do separate large studies in children, maybe just observational studies to obtain safety data, to  finally get approval for them, too.

Do you have any idea already how expensive the pill might be?

“If you take a pill that protects you for half a day or a day, or that you would take for a longer period, it cannot cost 50 euro; so, I am sure that it will be significantly cheaper but a price cannot be fixed yet.”