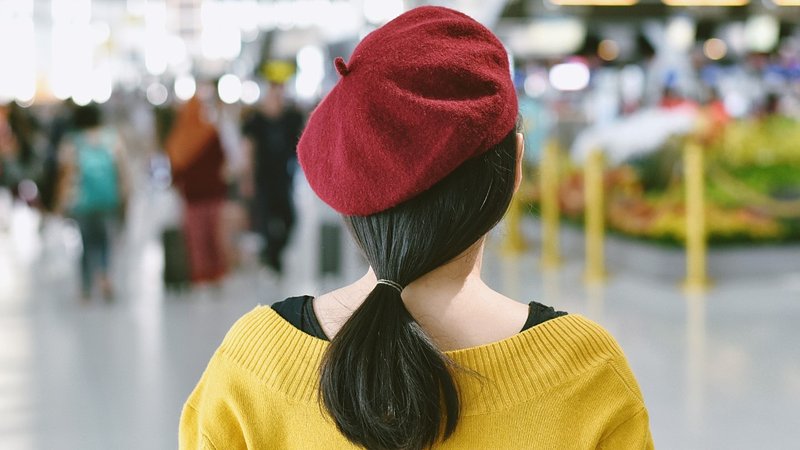 In recognition that many people in Luxembourg have multiple nationalities, mixed origins, or some unlikely combination of both that makes them shrug when people ask where they are from, several such blended-background people have decided to have their own stand at the upcoming International Bazaar.

Explaining that they come from the Bewilderlands, which is located between South Perplexia and Baffledonia, this group says they wanted to represent themselves as one united and very confused community.

“My father is Danish and my mother is Chinese, and I grew up in Luxembourg but went to a private school, and I don’t know which nationality I identify with,” said organizer Mei Vilstrup.

“My husband has both French and Egyptian nationalities, but he was raised in Vienna.”

“Our poor confused kids,” she added.

A big part of the International Bazaar is selling food and drinks from one’s home country, and the representatives of the Bewilderlands say they are going to offer salty flatbread topped with curry-flavored pickled herring and chili-infused cocoa.”

“As far as we can tell, it’s a mix of 10 or 12 specialty dishes from around the world, or maybe none at all,” Vilstrup said. “We’re calling it Ngarhtikz, for no other reason than it sounds as jumbled as some of us feel.”

As alcoholic beverages are a staple of the annual event, the Bewilderlander stand is going to serve warm spiced beer in earthenware bowls, which the organizers are pretty sure must be a tradition – somewhere.

“Obviously, a big part of the International Bazaar is decorating your stand to show off your culture,” Vilstrup said. “But since we don’t know what our culture is, we're just going to cover everything in white paper, hand out markers to kids, and ask them to draw whatever made-up flag, landmark, or name of an imaginary capital city that pops into their minds.”

As for costumes, Vilstrup says they are going to ask everyone to wear black or white bathrobes, colorful berets, and lots of dangly silver jewelry, which from a distance and looking through squinted eyes, will appear to be the traditional clothes of – somewhere.

“For music, we’ve got a guy from Argentina who’s going to play Scottish bagpipes while his friend from Kazakhstan sings Frank Sinatra’s biggest hits in Hindi,” Vilstrup said.