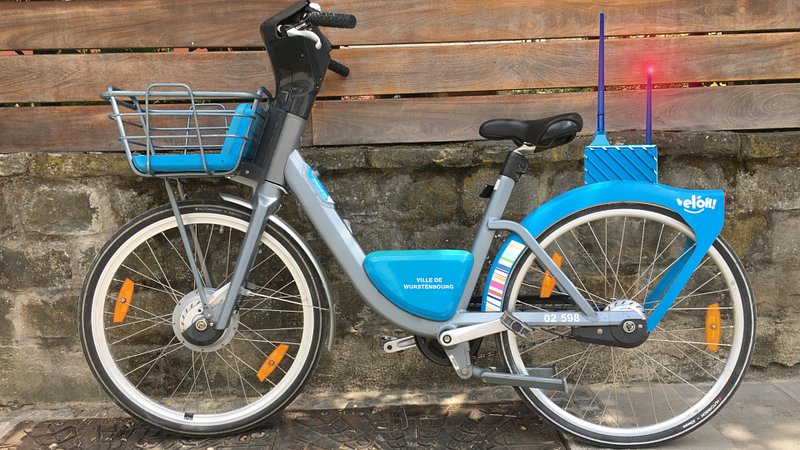 Following a huge increase in the number of vel’OHs that are abandoned in parks, streets, and the river that cuts through the part of Clausen where all the bars are, the bicycles will be retrofitted with a device so they can find their way home alone.

“A lot of vel’OH riders lack the time, patience, and intelligence to find a nearby station and lock their bike in place so that someone else may use it,” said company representative Dag Marscotti.

“These are demanding, high-class people who expect value for money,” he continued. “They have shelled out their 18 euros – or sometimes nothing at all – for an annual plan, and they find it unacceptable to be expected to put something back where they got it.”

Marscotti says that each bicycle will be fitted with a high-tech sensor that uses AI and detects when the rider isn’t coming back.

“Basically, the bicycle is overcome with feelings of loneliness and rejection by having been used and thrown to the side like a drunken hookup,” he said. “After a moment, the bicycle gets a supportive message from a fellow vel’OH that says, you can do so much better than that a-hole.”

Reinvigorated, the vel’OH uses a custom-made spring mechanism to push itself up from the ground. Activating its small internal motor and relying on GPS, it then chirpily leads itself to the nearest vel’OH station so the process may begin another time, says Marscotti.