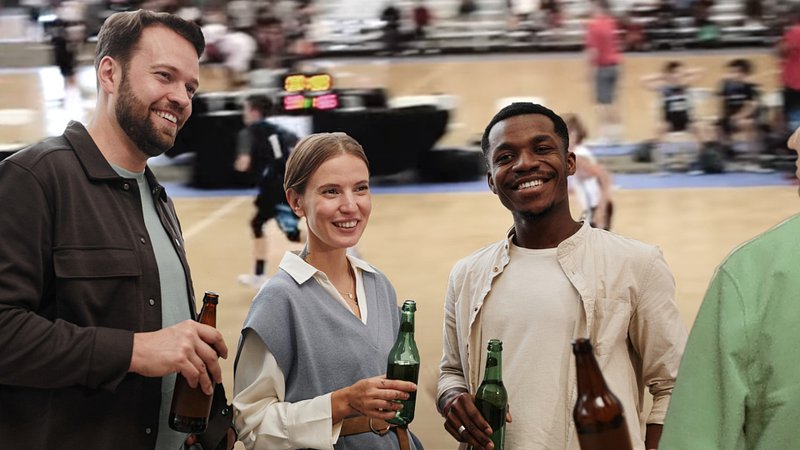 Dozens of mostly Luxembourgish parents have yet again demonstrated respect for a long-standing tradition of drinking in the morning hours of a children’s sports tournament.

Last Sunday’s basketball tournament was “as good a reason as any other for some early drinking,” said Marc Groben, cracking open his first beer at 9:49 a.m, immediately following the opening of the snack bar known as the buvette.

The tournament took place in the south of the country where, despite the proximity to France and the country’s norms that dictate one should wait until at least noon to 12:15 to drink, a relaxed attitude toward drinking exists.

“I’ve been awake since seven and for the last two hours I’ve been helping to prepare the basketball courts and make sure each kid gets a jersey,” said mother Jodie Koch. “I’m thirsty.”

“Should we go for a glass of crémant, even though it’s only 10:04?” she said to some other mothers. “Right, good point, let’s order some croissants as well so that we may pretend it's breakfast.”

Expat Tim Forrester, whose 10-year-old son Nigel played in the tournament, says that he didn’t know such a permissive drinking culture existed.

“In my country, if you drink during the daylight hours, people whisper about your ‘problem’ and will stop letting their kids hang out with yours,” he said. “But here, a morning beer on the weekend seems as normal as a brunch, and in these cases, it feels weird not to drink.”

“To be honest, I’d rather not taste lager before I’ve fully woken up, but if that's what it takes to integrate into this country and make friends with other parents, I’ll do it.”

You can find more Luxembourg Wurst stories at wurst.lu