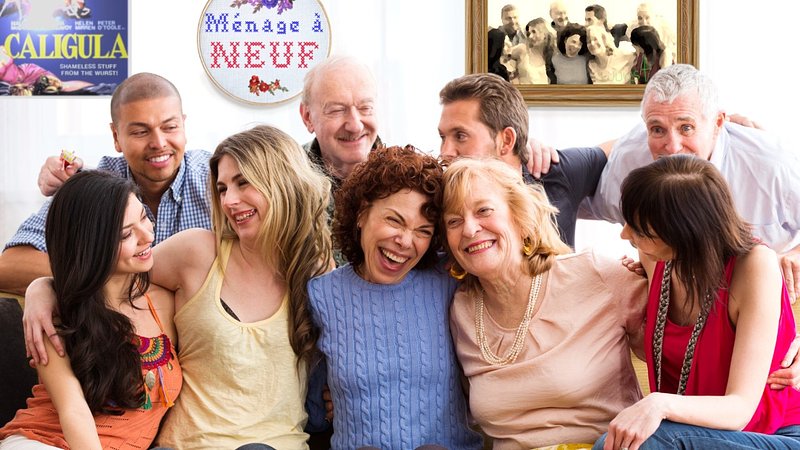 Following predictions that housing prices will continue to rise despite a slowdown in the market, the government has admitted that the only solution to the crisis is a widespread and enthusiastic move toward polyamorous households.

“Look, it’s not like we can force 85-year-old grannies to sell the 2.5 hectares that have been in their families for 100 years so that some slick developer can build 100 cheap flats that look like space cubes,” said David Lang, head of the Office for Creative Solutions in the Ministry of Housing. “And it’s not like we can really interfere with the market, because that would upset the local Illuminati.” “Polyamorous households are basically the only realistic solution.”

Lang says that we must move beyond notions of a ménage à trois, those three-adult households that he says belong to the past and don’t significantly cut down on expenses.

“These days, prudent residents should aim for a ménage à dix,” he said. “That’s right, ten people living together, all united in one loving, committed relationship with the simple goal of avoiding having to move to Yutz or spend half their salary on lodging just because it’s within 30 minutes of the city.”

“Imagine buying a three-bedroom apartment in the vicinity of Luxembourg City for 1.3 million, a lot of money for one, two, or three people,” he continued. “But if you divide it by ten, each member of a polyamorous household can be a homeowner for only 130k.”

Koerich resident Paula Keller, 26, an introvert who is allergic to all household cleaners and has an extreme dislike of other people’s body odors, says that she is so desperate for access to the housing market that she has already decided to enter into a relationship with 14 other homeseekers.

“We’re going to put the snorers in one bedroom, the insomniacs in the other, and the remaining bedroom will be for everyone else,” she said. “Showers will start at 4:15 a.m. and can last no longer than 90 seconds to make sure everyone gets hot water.”

“Every Friday evening, all 15 of us are going to crowd into the living room to listen to ‘Barry White’s Greatest Hits,’ light some jasmine candles, and share a bottle of chianti,” she added. “At best it will put us in the mood, and at worst it’ll create some kind of minimally affectionate bond so that we don’t start poisoning each other’s morning coffee.”