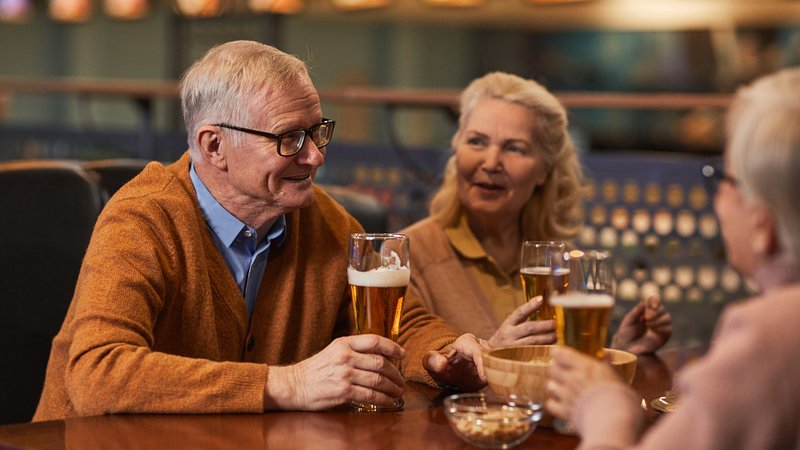 Two grandparents from Mamer have announced plans to start their weekly Saturday morning shopping trip by getting a little drunk at the cafe of their preferred commercial center in Bertrange.

The first step of the plan is to find a table near the entrance, one that will give them a good view of everyone entering, which observers say is important for anyone over the age of 65.

They will then attempt to engage the waitress in some light joking in Luxembourgish until they discover she only speaks French.

After repeating a humorous comment in French but realizing it did not translate well, they will give up and instead order a second round in order to really get the party started.

Their next move, one that is key to a good Saturday morning drinking session at the commercial center, says Francis, is to unite with another aging couple, preferably one also dressed in beige and shades of blue.

“If we’re lucky, we’ll be joined by Pol and Anise, a couple of 70-something party animals who also enjoy a pre-shopping drink or two,” Francis said. “Assuming Anise has recovered from her hip surgery and that Pol isn’t too busy washing his Porsche.”

“By that time, the shoppers will really be pouring in,” Colette added. “The ambiance will be getting hot, hot, hot.”

Colette says they will have several more rounds which will probably include a whole bottle of crémant to mark the shopping day as a special one.

“As soon as we’re properly drunk, we’ll head into Cactus, and we’ll walk around really slowly and block the aisles with our carts,” Francis said. “It’s great fun because younger people get really annoyed, and you can see they’d love to say something, but they never do.”