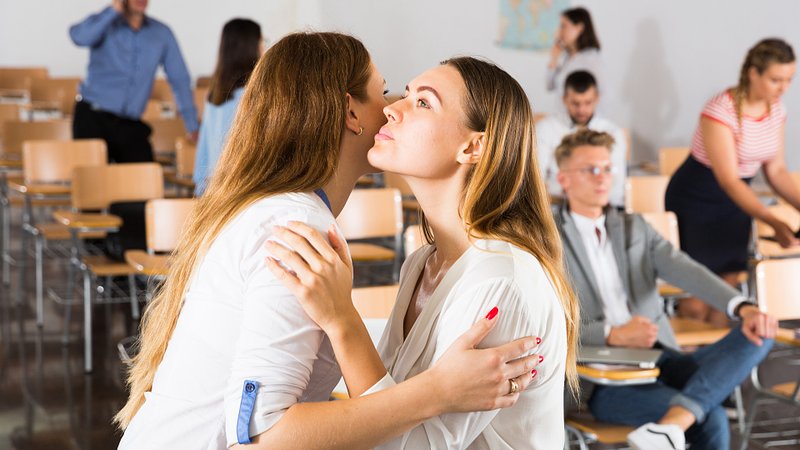 In an effort to reinforce a key Luxembourgish social custom, the government has announced that effective immediately, the official number of greeting kisses will be raised to 33.

For decades, the number of typical greeting kisses stood at three. However, this was reduced to zero in early 2020 as kisses were replaced by first-bumps, monk-like bows, and caveman grunts.

“Many people are still reluctant to do the cheek kiss thing, which is a national crisis,” said Jackie Bees, who serves as Guardian of Sacred Traditions for the Ministry of Culture. “The only way we can replenish our national supply is if people go out and start kissing like crazy.”

“Yes, that means 33 kisses to say hello to everyone from close family members to sweaty drunk friends of friends you’ve only just met at a concert and will never see again,” she continued. “Now, go out there and get to work.”

Most experts also agree that we need to start giving greeting kisses again, because it is what we, as humans, are meant to do, they say.

“Nature gave us lips for a reason,” said Simon Mamen, a professional clarinet cleaner and etiquette blogger from Mersch. “That reason is to make smoochy noises while lightly touching cheeks with others – right side, left side, right side – as a way to say, ‘I acknowledge your presence.’”

However, not everyone is excited about the dramatic increase in the number of kisses.

“Do you know how many times my glasses have been violently pulled off my face because they get caught on someone else’s glasses?” said Contern resident Sarah Pumpernickel.

“Each time I have to drop to the floor to find them, and the other person is like ‘sorry about that’ and I’m like ‘it’s okay, haha’ even though inside I’m seething with fury and shame and wondering why we can’t stop this stupid tradition.”

Also, some people who specialize in making calculations about random things say that the practice adds up to a tremendous waste of time, even more so now that the official number has been raised.

“Imagine you go to a party and there are 10 people there,” said Luxembourg City resident Lester Olm, typing into the calculator on his iPhone. “That means 333 kisses just when you arrive and another 333 when you leave. And let’s not even imagine what will happen at weddings.”