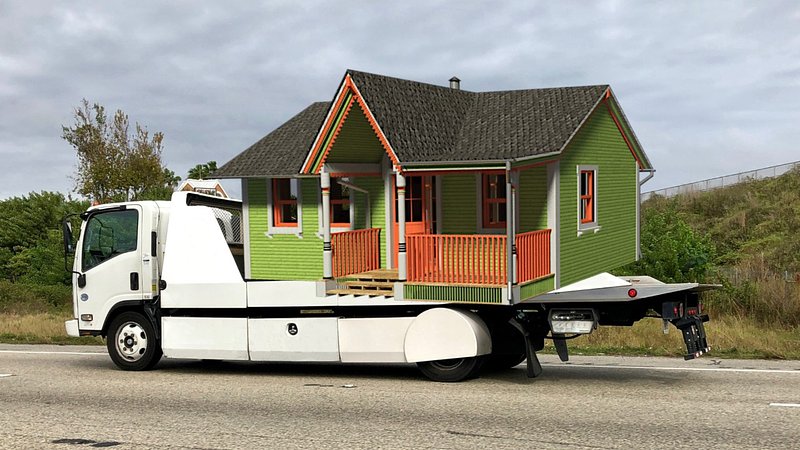 A Mamer couple was arrested on Friday after police discovered they had smuggled more than 230 affordable homes into Luxembourg, a crime that many wealthy landlords describe as “heinous.”

According to reports, the homes – ranging from tiny houses painted in funky colors to mobile homes with pre-attached “Beware of Dog” signs – were brought into Luxembourg on a flatbed truck.

The couple planned on selling the homes for a fair price, say police.

“Luckily, we caught the perpetrators before they found cheap land for their illegal low-priced home-dealing scheme,” said police spokesperson Marco Trausch. “Imagine the destruction that would be caused by a bunch of 125,000-euro houses flooding the market.”

The Property Owners Syndicate (POS), which advocates for owners who sit on vast tracts of land as well as those who own multiple properties and watch their value shoot up like fireworks on Duke’s Day, say the arrest proves that the market needs to be better protected.

“Some might believe that smuggling cheap homes is a victimless crime, but it’s not,” said spokesperson Jean-Luc Kemper, who owns 4.5 acres of undeveloped land near Betrange and plans on selling it this year to buy the Greek island of Kos.

“Think about an innocent family that owns three houses, lives in one and rents out two, who has seen their wealth increase from 2.3 million ten years ago to nearly six million today due to housing scarcity.”

“How do you think they feel about people smuggling affordable housing into the country?” he said. “It’s a direct attack on their hopes and dreams of multigenerational affluence that will resemble a small fiefdom.”

Officials have not yet decided what they will do with the 230 housing units, but according to one source they will likely be auctioned to developers who will put them in a giant warehouse and re-sell them in 10 years for double the price.