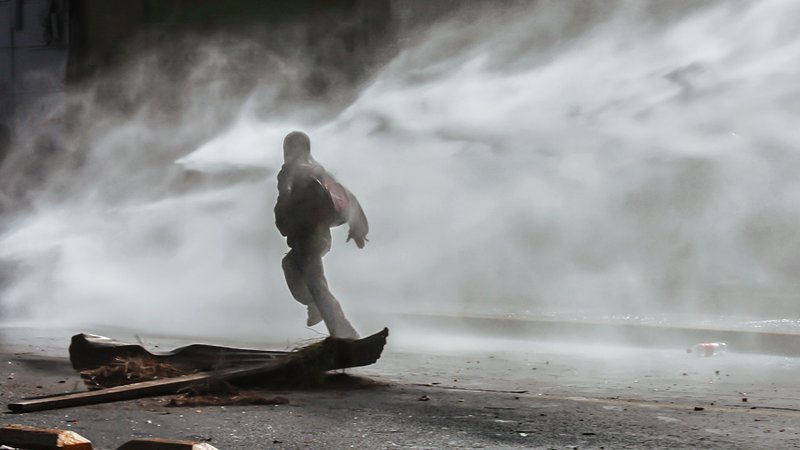 Critics of the decision by police to deploy a water cannon against protesters last weekend say their disapproval has been misunderstood, and that the only issue was which liquid was used.

“With the eyes of European news media on us, we missed a great opportunity for self-promotion,” said branding expert and Koerich resident Tomaz Klington. “Why go with boring water instead of something we are proud of, such as Luxembourgish crémant?”

Esch resident Martine Hoss says she is not opposed to people in the street getting hit in the face with a high-pressure blast, but she agrees that water was the wrong choice.

“If you’re going to possibly make someone blind, do it the right way, by making them blind drunk.”

Protester Aurélie Charvet, who got soaked when she and others tried to rush past the designated protest zone, says that she was disappointed by her experience in Luxembourg City.

“If I’d wanted to get drenched with everyday H20, I’d have protested in Brussels, Copenhagen, or any other European capital,” she said.

However, not all residents agree that spraying crowds with crémant is a good idea.

“Personally, I’m more of a beer person,” said Diekirch resident Rick Mousel. “If I’m going to get showered with an alcoholic beverage, I want it to be a good local beer, and I want it directed into my mouth at the rate of 2000 liters per minute, as these cannons are designed to do.”

Still, others say that the whole discussion of filling water cannons with Luxembourgish crémant or beer is absurd.

“C’est pas possible,” said Arlon resident Arnaud Lardin. “The water cannon belonged to the Belgian police, so you must fill the tanks with a respectable Belgian tripel, ideally Trappist, not Luxembourgish lager.”

“And anyway, any beer with less than 8.5 percent alcohol is water, technically speaking,” he added.

Still, many people simply do not accept the idea that any alcoholic beverage be freely given to protesters.

“Law-abiding people like me deserve something too,” said Ren Waite. “Crémant cannon, beer cannon, bourbon cannon, no matter what it is, that thing should be driving through residential neighborhoods and quenching our thirst, too.”