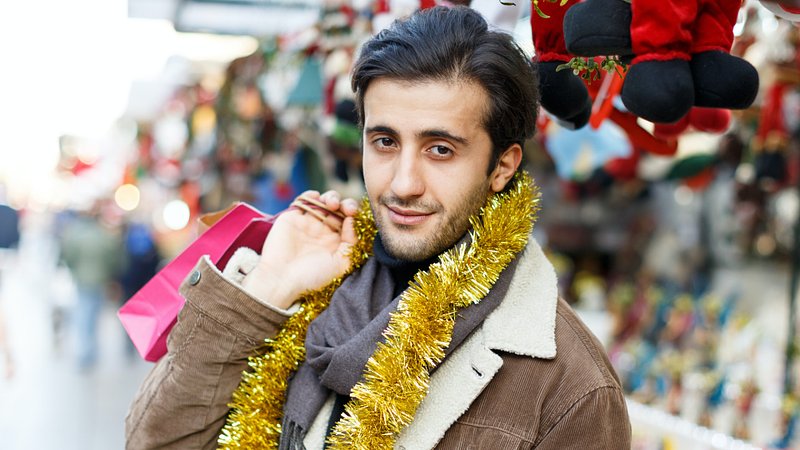 In what’s being compared to a young Arthur pulling the sword from the stone, a new arrival in the Grand Duchy has managed to pronounce Gromperekichelcher correctly on the first try.

On Wednesday, just days after moving to Luxembourg, Zaqueu Belem, 30, was taken by two colleagues to the Christmas market.

Upon seeing a food vendor with a sign for a strange, long word, Belem pointed and asked what it was.

“Oh, this is funny,” said Tereza Dobrzyńska, with whom he shares an office. “That word is a mouthful, and it takes no less than two years and four months of practice to be able to say it right.”

According to several witnesses, Belem adopted the lotus position and was suddenly bathed in a warm light.

“Gromperekichelcher,” he said with a pronunciation and intonation that would impress the most ancient Luxembourger living in the deepest, most rural part of the country.

According to sources, Zaqueu Belem comes from another continent where people “have no exposure to Luxembourgish, let alone the names of traditional Luxembourgish fried seasonal items.”

Within hours, the story of the miraculous feat had spread around the country, with one elder Luxembourger – known as both the Keeper of the Secrets of the Deep Fryer and the Potato Sage – rushing to his home library to consult the ancient texts.

“If it is true, then this young man, this Auslänner, is the One,” said the elder, packing into his pipe old tobacco that had been saved for just such an occasion.

The Keeper says he has called a meeting with other elders in order to devise more tests to know for sure if Belem is the One.

“We shall make him eat our bean soup every day for a month, and after that we’ll make him buy land and agree to not sell or develop it for 100 years.”

However, it was later revealed that Belem might have had an unfair advantage as he spent a semester in South Africa where he may have learned some Afrikaans, which is similar to Dutch, which is a cousin of German, which is not too far of a step from Luxembourgish.

Still, other skeptics claim that Belem did not say “Gromperekichelcher” at all, and that he merely sneezed while chewing a hot piece of Mettwurst that was burning his tongue.