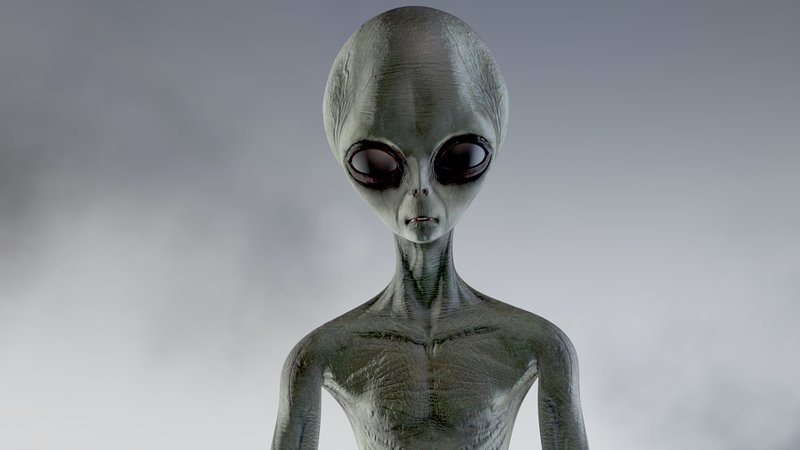 A being from another galaxy that arrived in Luxembourg City last week has announced it expected a more enthusiastic reception.

“Considering that my skin glows in the dark, I’m three meters tall, and I’ve travelled from a planet 240 million light years away, you think I’d raise an eyebrow or two,” said the being, who chose Elvis for its Earth name. “But no. After my ship landed in a cow field, I levitated totally unnoticed all the way to your Place d’Armes.”

“Nobody even gave me a second look,” it said. “Most of them were glued to their mobile devices, and the others avoided eye contact and seemed to think I was asking for money.”

Elvis says it chose Luxembourg for the first ever contact with humans because of its pleasantly moist and temperate climate, but mostly because of the Grand Duchy’s interest in asteroid mining, which the alien and its contemporaries find old-fashioned and cute.

“In Place d’Armes, I delivered a three-hour speech in your five most widely spoken languages, but I failed to get a single person to pay attention,” it said. “It’s as if you’re conditioned not to interact with beings you don’t know.”

Frustrated, Elvis attempted to find a high place from which to beam a giant hologram to announce its arrival, so it levitated toward the water tower in Gasperich. However, while passing through a pedestrian crossing, it was hit by a car with French plates.

“Our physiology has advanced to a point that we can regenerate any part of our body, but it takes a few days, and so I would have appreciated some help,” the alien said. “There I was, on the side of the road with my legs broken and one arm missing, and did anyone stop to help me?”

The alien was forced to limp back to Luxembourg City where, wishing to reattach its own arm, it visited a hospital.

“The receptionist wasn’t rude, but she wasn’t very concerned, either,” Elvis said. “Most curious is that when I informed her that I didn’t speak French or German, she addressed me in the regional dialect of my home planet.”

The alien says that while it is disappointed that it failed to get the attention of anyone in Luxembourg, it remains hopeful it can complete its mission to foster intergalactic diplomacy.

“Someone calling himself a recruiter wants to meet with me tomorrow because he heard about my highly developed intuition, so he says he might have something for me in KYC.”

A spokesperson for Luxembourg’s Office to Welcome Newcomers said that while it is sorry for the alien’s unpleasant experience, it should be aware of a few facts.

“We’ve got a large international population from all corners of the world,” she said. “What did this creature expect? A parade? A meeting with the Grand Duke?”