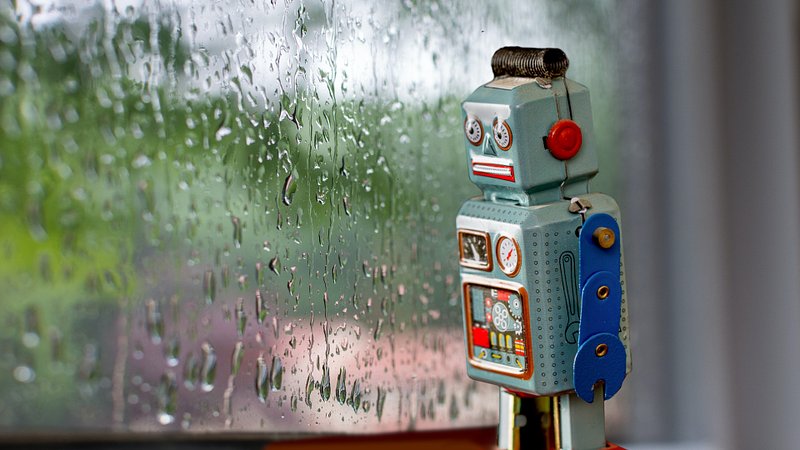 A woman from Esch-sur-Alzette has found a cheap and energy-efficient alternative to her husband: a robot that looks out the window and makes obvious remarks about the weather.

“That’s the only thing he was good for,” the 42-year-old woman said. “Which was handy when I didn’t feel like turning my head to see for myself.”

The Hub-Bot weighs only a fraction of what the husband did, consumes 350 watts of electricity per day compared to the husband’s average of 2900 calories, and does not emit weird whistling noises from its nose while watching television.

After the woman switched on the Hub-Bot for the first time, its eyes opened and its head swivelled toward the living room window.

“Amazing,” the woman said. “Same apathetic tone and all.”

Later, after the skies cleared, the Hub-Bot turned to the woman and said, “The rain has stopped,” prompting the woman to say, “Mm-hmm.”

When asked to give her overall impression of her new electronic partner, the woman said that, as advertised, the Hub-Bot just sits there with a blank look on its face and states the obvious, which is pretty much identical to her husband.

“Except that this thing doesn’t always smell like sauerkraut even when it hasn’t eaten any,” she added. “And it doesn’t ask me for fortnightly romps.”

As for the former husband, the woman says that she dropped him off at the local recycling center, despite a staff member’s protestations, and hasn’t heard from him since.

According to one report, the husband has found a new home in Foetz where he has been placed on the wall next to an old grandfather clock to replace an antique barometer that also indicated the weather but had recently broken.