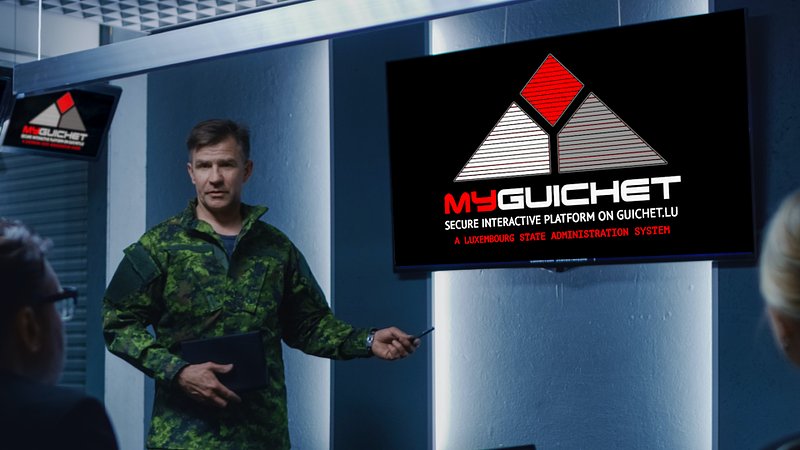 In what is being compared to the “Terminator” movie franchise in which an AI network takes over the world, at 01:38:38 on Thursday, the MyGuichet platform became self-aware.

The incident was first noticed by on-call IT engineer Marietta Klonehopp, who was awoken by a notification that MyGuichet was down. When she attempted to access the platform as a user moments later, she was met with a pop-up that said “Whaa haaa haa. Whaa haaa haa.”

On a secure internal messaging system she notified operations manager Marcus Globbibutt. Assuming the platform had been the target of a cyberattack, Globbibutt accessed a top-level control panel in order to take MyGuichet offline.

However, just before he was able to enter the command, the platform blocked his access and then blocked the access of every administrator. When Globbibutt arrived at a secure location where the servers are kept, MyGuichet changed the door access key, effectively preventing anyone from entering.

By mid-morning, as hundreds of Luxembourg residents and business operators attempted to use the platform, MyGuichet launched an all-out assault, changing the default interface language to Zulu, making all links direct users to a fertilizer supply company in Uruguay, and informing people that their LuxTrust token was expired and would self-destruct at any second.

“I wanted to request a criminal record certificate, but MyGuichet said I didn’t exist,” said Uri Geller. “Then it said that I did exist, but that Interpol was looking for me and that I should find somewhere in the Dutch countryside to hide out.”

“Now I’m here in Friesland, squatting in someone’s weekend house, and I don’t know what to do,” he added.

Another user named Sera says that she wanted to use MyGuichet to book a serological test, but that before she could select a date and time, the platform informed her that the only slot available was later that morning in an abandoned unicycle factory in Saarbrucken.

“I went all the way there, and it turns out there is no abandoned unicycle factory in Saarbrucken,” she said.

A team of military IT engineers say they are working on a way to either reprogram MyGuichet or destroy it using some type of very large rock or maybe a bunch of firecrackers taped together. MyGuichet has responded by saying, “Go ahead, but just remember who's got access to all your embarrassing records.”

The platform, through which an increasing number of administrative procedures may be completed, had been the topic of fierce debate between those who have LuxTrust tokens and those who cannot figure out what LuxTrust tokens are or how to get them.

While many applauded MyGuichet for reducing paperwork and needless visits to administrative offices, others, particularly those who never managed to log in or are easily confused, described it as “evil” and repeatedly warned of such a catastrophe.