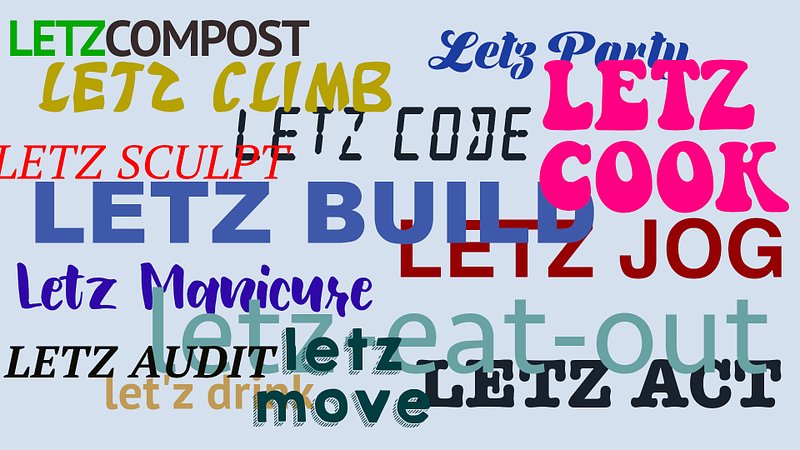 Citing the popularity of giving new businesses names that combine “Letz” and a verb, an expert has warned that we will soon run out of viable combinations.

“From yoga teachers and life coaches to wedding planners and hamster breeders, everyone is doing it,” said Dr. Filomena Hopper, a University of Wiltz business professor and owner of a hamster-breeding company which she reluctantly named Letz Multiply after discovering that Letz Mate, Letz Breed, and Letz Reproduce were already taken. “If we don’t act, future entrepreneurs will have no punny options left.”

Hopper says that although there are as many as 25,000 English verbs that can be attached to “Letz,” most of them are useless due to being dull, scientific, or obscure.

“Don’t expect to ever see Letz Weave, Letz Irradiate, or Letz Defenestrate,” she said. “When I say we’re running out of verbs, I mean good verbs, not weird ones you’ll only see in crossword puzzles and 18th-century medical dictionaries.”

Most of the Letz-verb combinations that have already been taken were for Luxembourg startups that eventually failed – a total waste, Hopper says.

“Letz Salsa, Letz Audit, Letz Bend Over, which I believe was a proctology office,” she said. “These have all been forever removed from circulation.”

“Letz Divorce, Letz Split, Letz Separate,” said Hopper. “This jerk took them all without any concern for that future chemical solvent manufacturer that wants to name itself Letz Dissolve but finds the name has been taken.”

Hopper says the result of a total depletion of viable Letz-verb combinations could be catastrophic.

“In the best-case scenario, entrepreneurs will go back to naming businesses after themselves,” she said. “In the worst-case scenario, they’ll start combining ‘Letz’ with verbs from other languages.”