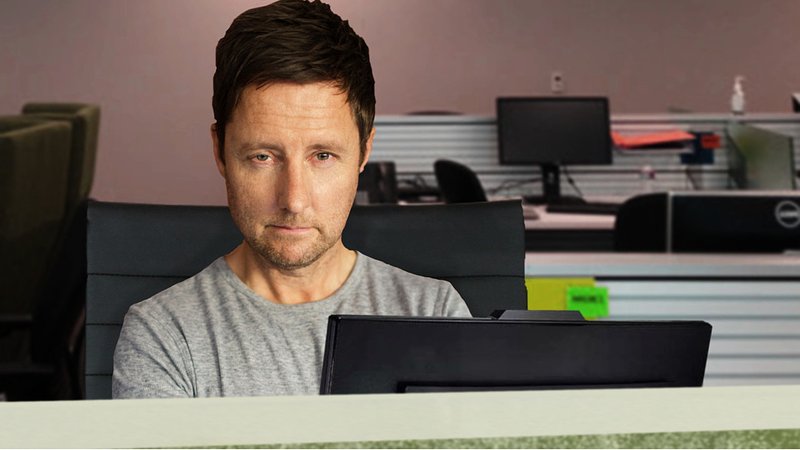 © Pexels (with rather heavy photo manipulation)

DINGLEDANGE -- Residents of this rural commune have been flocking to see a local state employee who has a rare talent: he can communicate using nothing more than a half-dead look in his eyes.

“He doesn’t use words, not in the traditional sense,” says longtime resident Pol Toumblé, who estimates he’s interacted with civil servant Patrick Fesch at least 100 times over the years. “Instead he tilts his head and looks to one side, which at first makes you think he’s not interested in helping you.”

“Which is actually quite true, and in fact you get the impression he’d rather you didn’t exist,” said Toumblé’s wife Antoinette. “But somehow he gets the job done.”

The 34-year-old Fesch became a fonctionnaire soon after finishing lycée, say his colleagues, but the blank nothingness on his face only appeared in the last year or two, coinciding with a decline in his verbal communication.

“Does he hate his job?” says colleague Isabel Silva. “Does he just want us to think he hates his job? Does it even matter?”

Kieran Landry, who moved to Luxembourg in September, says he never knew that a half-dead look in someone’s eyes could say so much.

“I didn’t understand how to get a Luxembourgish driving license, so someone advised me to go the commune,” Landry said. “I took a number and when it was my turn, I walked up to the counter and saw this guy and I was like, why won’t he acknowledge me? Is he even alive?”

“His eyes were literally sagging, and I don’t know how that’s physically possible,” he added. “But somehow I understood his message, which was that I was in the wrong office.”

Yuan Liang, who moved to Luxembourg with her husband and young daughter last year, says she remembers encountering Fesch soon after she arrived. Because she struggles with English and can’t speak any of the official languages, Liang says she was relieved to find someone who wouldn’t talk to her.

“I wanted to know which documents I needed to register for chèque-service,” Liang said. “Instead of being forced into an uncomfortable exchange of audible words, I found a very sympathetic person who sat there, slumped over, looking like a surgery patient who’s just woken up from heavy sedation.”

Fesch declined our request for an interview, but he did use his half-dead look to say that he’s tired, and that dealing with nearly identical requests day after day is slowing turning his once active mind into a bowl of cold Bouneschlupp.