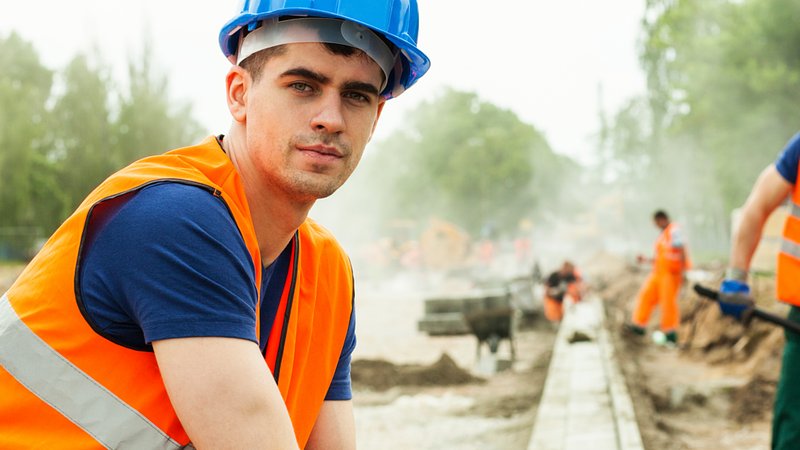 A road worker who was directing traffic around a giant hole on Thursday morning became the focus of a local man’s fury when the two made brief contact rush hour.

One lane of a two-lane road had been closed, causing traffic to back up for 500 meters in both directions, resulting in a catastrophic delay of four minutes.

While the driver was aware that the road worker was not personally to blame for this backup, nor any of life’s other ongoing frustrations, he decided the complete stranger would make a good target.

“Look at the mess you’ve caused,” the man shouted at the puzzled road worker. “I’m already late for work, and now I’ll be even more late.”

Exhilarated from the thrill of uncontrolled public venting, the driver continued his tirade.

“Oh, and I suppose you think it’s my fault that I’m already late?” he said. “My son told me two minutes before we left that he needed a packed lunch for tennis camp, and while I was taking care of that, my daughter locked herself in the bathroom. Ten years old and she doesn’t know how to operate a lock.”

“And my wife, does she care?” he continued. “Oh no, she can’t deal with the kids in the morning because her work is too stressful, and can’t you people figure out how to do your roadworks at night or on the weekends when it won’t screw up the traffic and make everyone’s bad mornings worse? I hate my job. No one respects me. My dad preferred our dog to me.”

The road worker, himself no stranger to stress and frustration as he spends most of his days getting cursed at by office workers in expensive cars, told the driver to get out of his car and deal with the situation like men.

Observers noted that once the driver exited his car, the road worker shouted that he was also having a bad morning, that his back hurt and two drivers had already nearly run him over without blinking, and that he would rather not be standing in the road directing traffic at 8 a.m. The two men continued shouting for a few moments before spontaneously hugging each other and going on their ways.