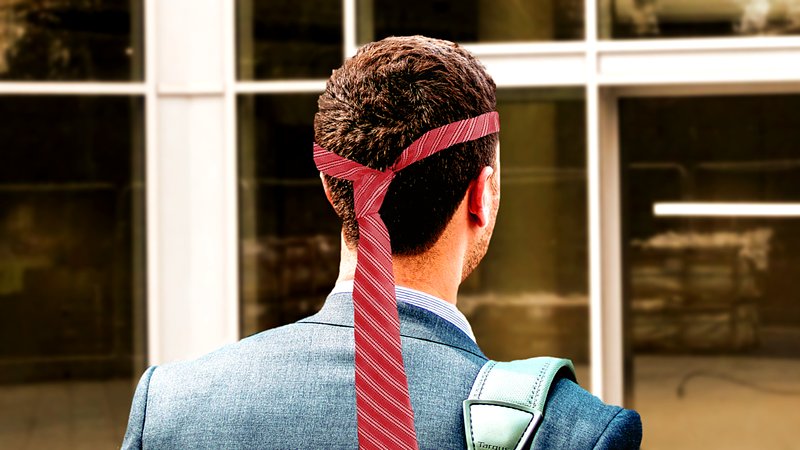 CLOCHE D’OR -- A man being called “the Bear Grylls of Luxembourg’s dedicated car-driving community” has survived a harrowing 46 seconds outside in extreme heat while he trekked from his car to his office.

On Wednesday, Jacques Becker, a 36-year-old senior lawyer from Wormeldange, was thrust into the life-or-death situation after discovering that someone had taken his reserved parking spot. He was forced to exit his firm’s climate-controlled garage to find a place in the street.

Becker says that although he was unprepared, he had watched enough disaster movies to know that his first concern should be keeping hydrated.

Under his seat he found an old bottle of cologne, given to him by an ex, which he cooled by holding it in front of an air-conditioning vent before drinking the contents. To prevent sweat from dripping into his eyes and potentially blinding him, he removed his tie and wrapped it commando-style around his forehead.

After he spotted a building entrance, he left his car, shouted “yargh,” and made a mad dash through the blistering heat. However, he soon realised he was running towards the wrong building.

“I’ve never taken public transport or even left my office on foot,” he later explained. “I didn’t know what the outside entrance looked like.”

Using nothing but his firm’s giant sign to guide him, he eventually reoriented himself and found the right building. After a long 46 seconds, he felt the familiar blast of cold air on his red and scorched face, but the nightmare was not yet over.

In his car he’d left his beloved iPhone charging on the center console. Fearful it would melt or worse -- explode, damage his custom leather seats, and possibly cause the whole car to catch fire -- Becker made the split-second decision to rescue his baby.

This time he was not so lucky. He retrieved the device but could not go any further. Suffering from heat exhaustion, he remained in the air-conditioned vehicle and phoned his boss for help. Upon hearing about the terrifying ordeal, she granted him permission to take a parking spot for visitors.

The last time a dedicated car driver in Luxembourg faced such extreme weather conditions was in November, when a resident of Luxembourg City, wearing nothing but a sweater, jeans, boots, and a luxury parka, survived a 220-meter walk from the Théâtre parking garage to an upscale cafe on Rue des Capucins.