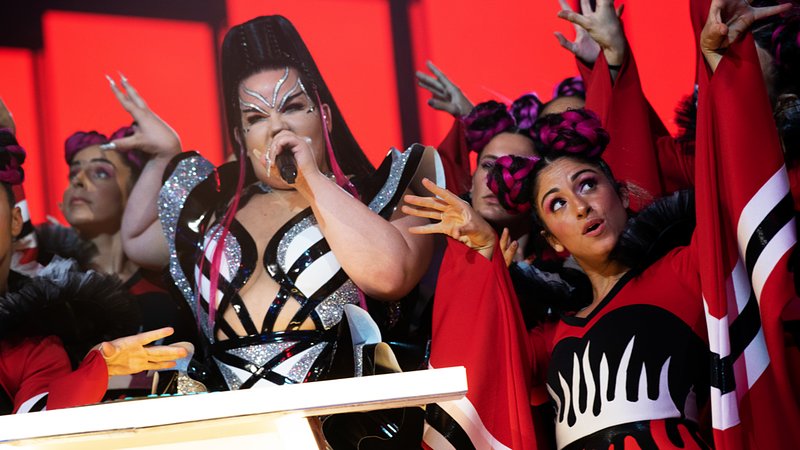 Luxembourg officials are warning about a potentially strong outbreak of the Eurovision Song Contest this year, and they are advising newcomers — particularly those from other continents who’ve never seen the contest — to avoid being accidentally exposed to Saturday night’s televised final.

“One moment you’re flipping through channels looking for a good action movie with superheroes and bombs and stuff, and the next moment you’re staring at a bunch of people in sequined animal costumes singing to a generic pop track,” said Dr. Frederick Meyer of the Office of Entertainment and Health. “You think it’s silly, that you can resist the allure, but by that time it’s too late.”

Meyer says that within minutes, an innocent viewer will find him or herself dizzy and too weak to change the channel.

“Suddenly you’re feverishly writing down points on a homemade score sheet, struggling to decide if you prefer the Finnish woman dressed like a flight attendant from the future, or the guy in Bulgarian folk dress who broke out into rap.”

Authorities say it’s best to stay away from your television on the evening of the final. If you forget and are accidentally exposed, they advise you to wash out your ears and eyes with warm water, sit in a dark room, and take large doses of heavy metal music until you’ve forgotten what you witnessed.

“To anyone who is new to Europe, I say this,” Meyer said. “You might think that watching Eurovision is no big deal, that it’s a step towards integration, and that lots of people are doing it so it must be safe”.

Meyer continued with his warning; “What you don’t realize is that people who are into this stuff have been doing it for years, and they’ve built up a strong tolerance to the hard-core campiness and noxious cheesiness.”

Signs that someone may have been exposed to Eurovision

Joyful weeping upon hearing lyrics such as “I will rise to touch my dreams, so my dreams can fly, fly into your arms”

A tingling in the belly when hearing the words, “Good evening Europe, this is [insert capital city] calling”

Non-responsiveness and shallow breathing, particularly while the points are being tallied at the end of the event

Uncontrollable rage when neighbouring countries all vote for each other and it’s revealed, yet again, that the whole thing is rigged