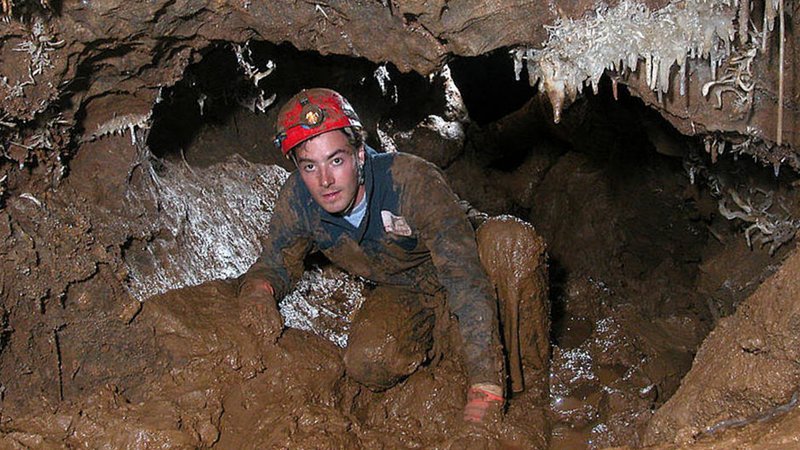 KIRCHBERG -- Two sisters playing in a patch of trees have made a shocking discovery, one that will radically change our understanding of how those who earn low salaries working 80 hours a week in Luxembourg manage to get by.

On Wednesday evening, the two girls saw a young man in a suit walk through some bushes to a small, covered opening in the ground where he disappeared. Curious, they peered inside and discovered it was the entrance to a kilometer-long tunnel, later determined to be home to hundreds of juniors who work in the area.

“I was aware that [junior lawyer Miguel Acosta] was always at work by 7 a.m. and rarely left before midnight, but I never thought about where he lived or how he got home,” said one partner at a nearby law firm. “Perhaps the mud on his shoes and the fact he usually comes in shivering and looking as if he’s slept on the ground should have clued me in.”

Underdange, as the tunnel has been named, has been home to juniors since 2012, says Laura Greenwood, 34, a longtime junior officer at a nearby company who was among the first to live there.

“One night, a bunch of us were at work till 1 a.m., and we were talking about how we either had no way to go home, or were too tired to spend an hour on the road,” she recalled. “I remembered an entrance to a cave that I had seen during a lunchtime walk, so we checked it out and decided to sleep there, since we had to be back at the office in four hours anyway. It was so convenient that some of us decided to move in.”

Within a year, she says, the number of inhabitants grew to 150. While the conditions are less than desirable -- many are forced to sleep on beds from Ikea, and only a few enjoy basic amenities like Netflix and Nespresso coffee machines -- most say it’s better than living far away or paying huge sums of money for an apartment in Kirchberg or its surroundings.

“Obviously I’m reluctant to have guests visit me, and I often smell like a mix of wet grass and bat droppings, but the price and location can’t be beat,” she said.