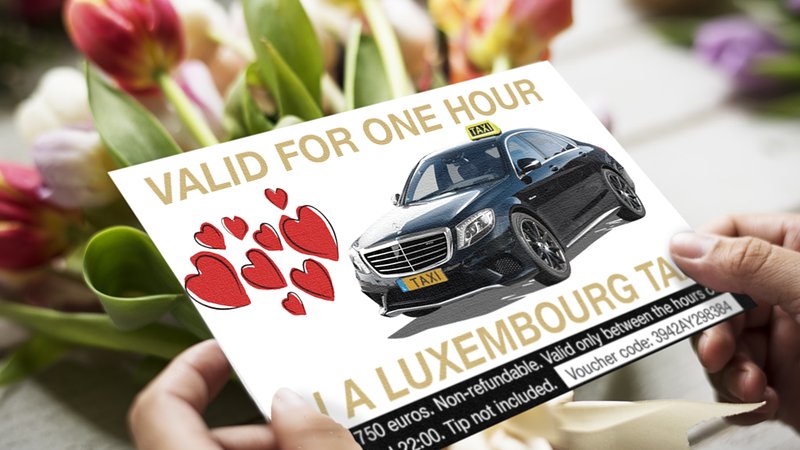 A local man who has been putting away money for a special trip has announced he is finally taking his girlfriend on the taxi ride they’ve always dreamed about.

The trip is set for St. Valentine’s Day and will start at 7 p.m. at the couple’s home in Bivange, says Vincent Flamand, who has been planning the surprise for his girlfriend Anais since last year.

The driver will transport the couple to the airport in Findel as if they were wealthy business people for whom taking local taxis is not a big deal. The taxi will briefly stop in the drop-off lane while the two passengers drink a glass of crémant and take a selfie.

“It will be a long romantic moment, but not too long because the meter will be running and I just don’t have that kind of money,” Flamand says.

Before departing, Flamand plans on proposing, offering his girlfriend of four years a one-carat diamond ring that is still less expensive than the dream taxi ride.

Afterwards, the driver will return the couple to their home where they will spend the rest of the evening recounting their favourite parts of their costly luxury voyage.

“Anais has always wanted to see the city from inside the sort of vehicle only rich people can afford,” Flamand said. “I can’t wait to see the look on her face.”

Flamand’s girlfriend is also going to offer an expensive gift, according to sources. She will use the entirety of last year’s work bonus to take Flamand out in the centre to have a simple men’s haircut at one of the salon’s there.