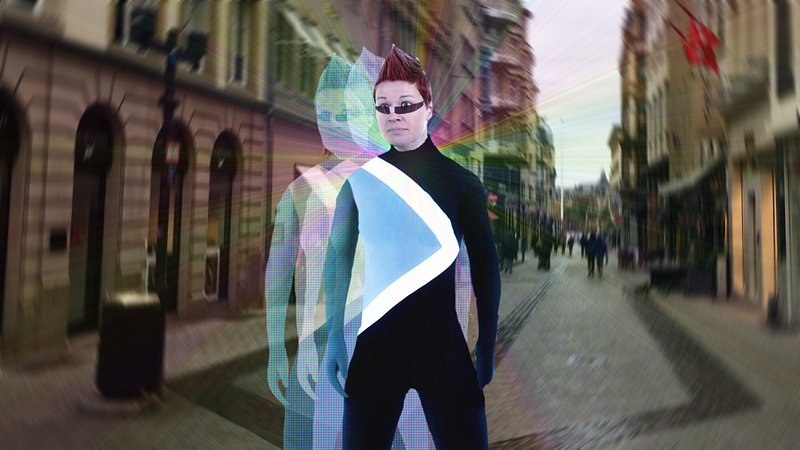 LUXEMBOURG-VILLE -- An individual who was allegedly sent back from the year 2048 to issue a warning has been unable to fulfill her mission because she could not stop marvelling about how great the traffic is today.

“Luxembourg residents of the past, I come to warn you about an impending disaster that will lead to the dissolution of the European Union,” she said on Friday after appearing from a time portal that suddenly opened up in the city centre. “And this one catastrophe will set off a chain reaction that will…”

“Whoa, look at the wonderful traffic flow,” she added. “Is this real? Are those cars actually moving at more than three kilometres per hour?”

The traveller, who identified herself as a “citizen soldier” who was chosen for her “ability to withstand the severe mental trauma of time travel” tried to continue her urgent appeal, only to again get distracted by a traffic light that had turned green, allowing a few cars to pass through an intersection.

“I feel like I’m dreaming,” she said. “When I was a girl growing up in the 2020s, my mother would spend up to four hours driving me to school in the morning,” she said. “We lived in Cessange, you see, and my lycée was far away in Merl.”

“Just out of curiosity, how much time would you need to drive from Strassen to Sandweiler during the middle of a workday? Wait, let me guess, only six, seven hours?”

When a passerby responded that he once made the drive in under 45 minutes, the traveller nearly fainted.

“They never taught us such marvels in school,” she said. “But of course we were mostly concerned with creating a vaccine against …”

“Wait, so you can actually get to a destination across the city without having to leave the day before?” she continued. “Astonishing. My brain hurts. Now I’m having trouble remembering the message.”

When another observer reminded the traveller that she was supposed to be detailing how to steer clear of disaster, she slapped herself and regained composure.

“Right, so in the early 2030s, there’s going to be a horrible ….” she said. “Hey, is that a bus? Was functional public transportation still a thing? I’ll never forget the one time that I tried to catch a bus. I was 13, and the traffic was so bad that it arrived two days late. I was waiting outside that whole time. I got hypothermia. Whoa, an actual bus stop!”

Suddenly, and to the dismay of the large crowd, a great blue light shot out from the time-traveller’s body. She gasped and vanished just as quickly as she had appeared.