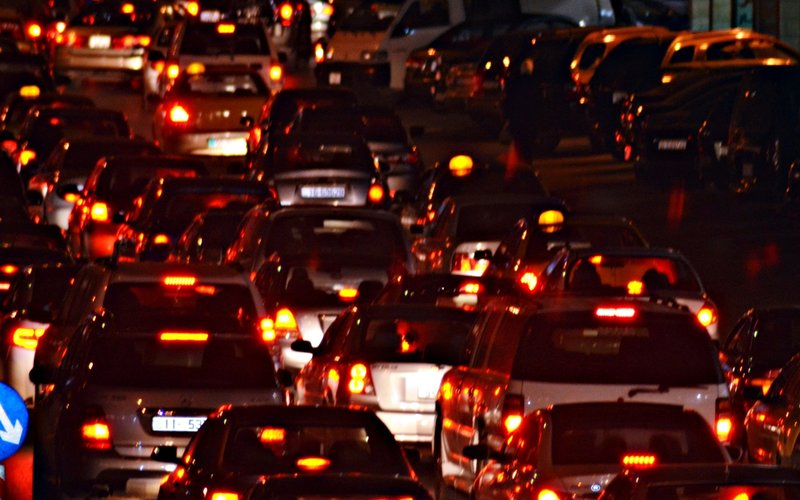 Passing through the Irrgarten traffic circle, neatly tucked between Hamm and Hell, used to be a rush-hour nightmare, but thanks to the massive project to enlarge this three-lane pretzel, now it’s something worse.

But just because you get stuck in this knot twice a day doesn’t mean that your time is lost. Here are some activities you can do while you wait.

Recruit other commuters, form a theatre troupe, and write and perform a musical comedy about the funny side of being stuck in traffic. The mound of dirt in the middle will make a great stage, and with all the construction lights, you won’t have to worry about your audience not seeing you. Who knows? By the time you get home, you might have won some major awards.

While it may seem like a strange pastime, observing yourself physically age can be really fascinating. Remember how youthful you appeared in the rear-view mirror when you first entered the traffic circle? Well just look at yourself now: a floppy mass of wrinkled skin. This is actual science in action. Watching your life disappear was never so much fun.

Develop an elaborate fantasy in which you invent a time machine and travel back to October 21, 2015: the precise date you said to yourself, “Why do I pay all that money for an apartment in the city when I can just move over the border to Germany and have an entire house?”

Let’s be honest: it’s going to take you two hours to get home tonight, and two more hours in the morning just to get back to this same spot. Use your time wisely by giving up and sleeping in your car, right where you are. Bring a change of clothes and a toothbrush, and in the morning you’ll be ready for work.

Learning Luxembourgish takes time, they say. Well, time is what you’ve got. No more excuses. If you’re lucky, you’ll get stuck next to a Luxembourger with whom you can practice through your open window: “Wéi geet et, Noperen?”

Open a friterie. You can probably apply online for a license, and simply use motor oil from your car. If you showed foresight in the spring and planted seed potatoes next to the traffic circle, you should now have plenty of spuds to use.

So you feel hopeless? Why not work to actively improve your situation. If you’re in the inner lane and you’ve been trying to get to the outer lane for 30 minutes but no one will let you, put a sticker of a large B on your license plates. For reasons that scientists still don’t understand, this will quickly clear the way.

Become a nihilist. You’ve sat there for hours. Nothing is moving. Nothing was moving yesterday. Tomorrow will be the same. Life has no meaning.