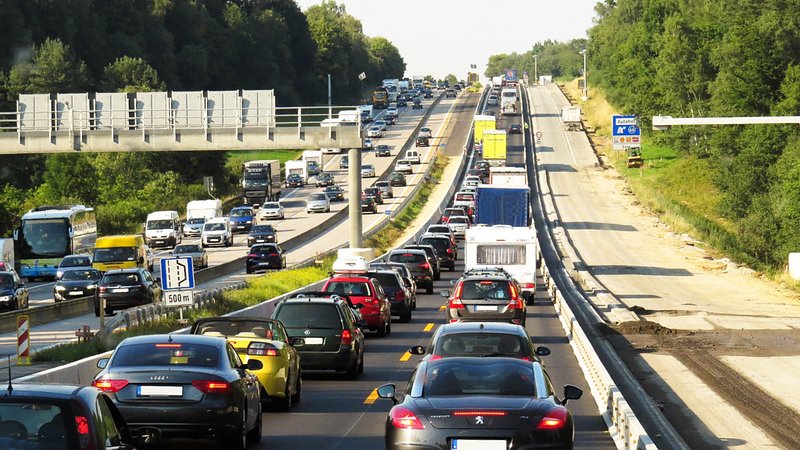 A recent study shows that while some cross-border workers don’t actually enjoy the hellish daily commute into and out of Luxembourg, a majority find it “totally pleasurable,” which is one of the main reasons why they choose to work inside of the country yet live outside of it.

Delphine Gilles, 34, a professor of sociology at the University of Wiltz, says that she wondered why so many people continue coming from France, Germany and Belgium day after day, even when the commute gets worse and worse.

“Is it for economic reasons?” she said. “Do they find the working conditions here nicer than in their home countries?”

“No, it’s because they’re masochists, plain and simple,” she said. “What might seem like an unbearable mess of traffic jams, packed trains, and frequent and unexpected delays actually provides them with great pleasure.”

“Not to pass judgement,” she said. “But these commuters are sick and they need help.”

Justine Dehousse, 26, who could have chosen to work at a supermarket near where she lives in Habay, Belgium, says that instead she got a job at a supermarket in Luxembourg’s capital because she knew how painful the commute would be.

“It used to take me 90 minutes to travel 45 kilometres, a combination of bus, train, and then another bus when I got into Luxembourg-ville, which was pretty bad,” she said. “But now, with all these roadworks and problems with the train lines in Belgium, it takes me three delicious hours.”

“I get to wake up at 4am just to be sure to arrive at work by eight, and I totally love it,” she said. “Sometimes I feel like I’m about to collapse from fatigue and anxiety, and I think, life is great.”

Julien Leclerc, who starts his day at 5am to take a train from his village near Metz, France to get to a bank in Kirchberg where he works as an IT officer, admits that whenever he hears that French train workers are going on yet another strike, his heart beats wildly -- in a totally gratifying way.

“Yes, come on, that’s it, cut the number of trains down from 40 to four per day, make us stand like fools on the platform for hours just to get an update, then at the last moment force all thousand of us into one tiny train car,” he said. “So good.”

Jackie Brill, a Luxembourger who used to live in Mersch but moved several years ago to a village called Oberleuken over the German border, says that she can’t wait for construction to begin on the Sandweiler traffic circle, which she hopes will turn her agonising commute into something so awful only Dante could have dreamt it up.

“It’s hard to express just how much I enjoy being stuck in a 15-kilometre traffic jam every day and evening, but for me, it’s something I really look forward to,” she said. “I actually need it.”

“Some people like getting massages,” she added. “And other people really love sitting in a sauna, but for me, it’s looking at an endless line of cars and saying, am I ever going to get home?”