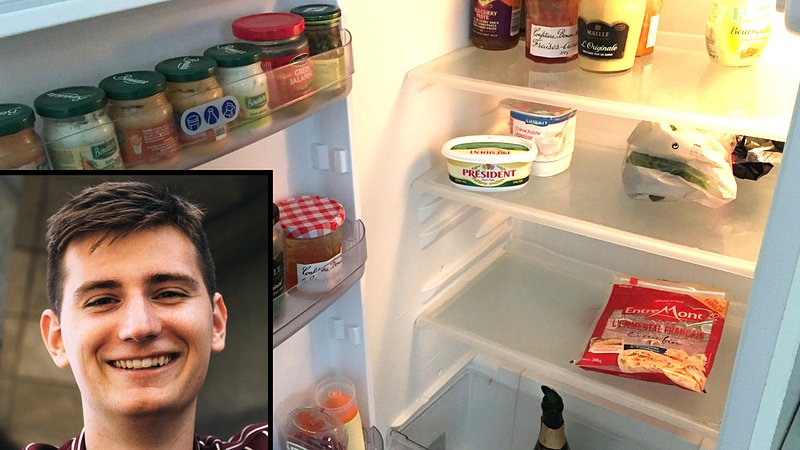 LUXEMBOURG-VILLE — A man who only moved to the Grand Duchy last month nearly starved to death over the weekend after his pleas for help went ignored.

On Sunday morning, Yusef Kaplan, 28, realized with horror that he had neglected to restock his refrigerator the day before.

“Where I’m from, supermarkets are always open, so I forget that almost everything here is closed on Sundays,” he explained from a hospital bed where he was recovering from third-degree hunger pangs.

“I was totally famished when I woke up, but there was literally nothing in my fridge except for some old spinach, a bit of swiss cheese, and a half-empty bottle of crémant,” the compliance officer said. “And some cream, but it was expired. And a bunch of sauces, too, but nothing to put them on.”

That’s when Kaplan recalled a rumor he’d heard — that some supermarkets are indeed open on Sunday mornings. He launched an urgent appeal to fellow members of a popular Luxembourg expats Facebook group. Kaplan and many other recent arrivals rely on the group for survival tips such as how to find a reliable cleaning lady, where to get a cheap haircut in Howald, and which is the best internet provider.

“What shops are open today?” Kaplan posted at 8:49 a.m. By midday, however, when none of the approximately 10,000 members of the group had offered him live-saving information, Kaplan feared he would not survive. “Can anybody help me, please?” he commented that afternoon under his original post. Still, no one responded. “Please. I’m dying. Ughhh,” was his final post at 6:12 p.m.

It was not until late that evening, almost 22 hours since he’d last eaten, that Kaplan made the difficult decision to try a search engine known as Google.

“It’s not easy using Google for stuff like that, because, well, you sometimes get adverts, the information’s wrong, or, you know, a website’s in French or something,” he said.

And yet, as if by divine intervention, at the top of the search results was an expats website for needy people just like Kaplan, and best of all, it was in English.

“It said there’s a deli market in Strassen that’s open until 10 p.m., every day of the week,” Kaplan said as tears crept down his cheeks.

Using his last reserves of energy, he crawled into his BMW and drove from his apartment in Beggen all the way to Strassen, where he found the deli and purchased a microwavable Thai meal, a bag of Doritos, and a large can of Batin — just enough to keep him alive while paramedics rushed him to the hospital.

Kaplan says that he doesn’t blame the members of the Facebook group for his ordeal, but he wishes that more experienced expats would have sympathy for people like him.

“It’s not easy moving here and having to learn to navigate Luxembourg’s Byzantine customs by the time-consuming and archaic method of asking people in the street,” he said. “We expats need to be more supportive of each other, and to take the time to answer questions, no matter how obvious the answers might seem.”

“Otherwise, how are people like me supposed to know which Mexican restaurant serves tacos?” he added. “Or when I’m supposed to change my winter tires?”