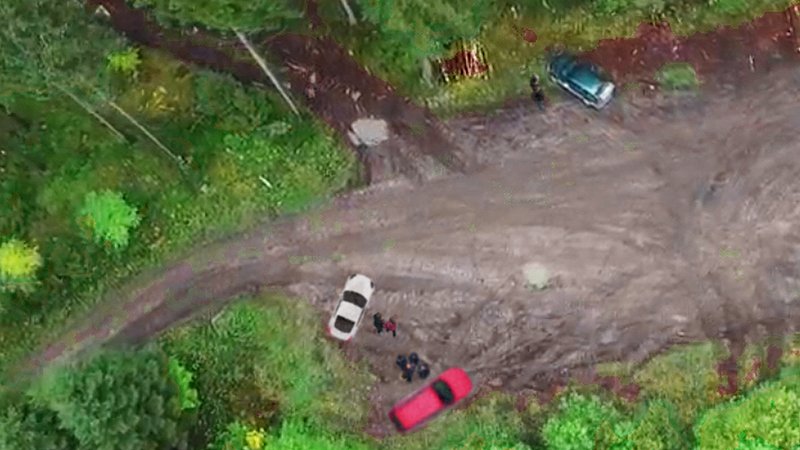 Calling it a discovery that “fundamentally changes our understanding of Luxembourgers,” a pair of anthropologists have found a village in the north that is so isolated that its inhabitants still drive Audis from five years ago.

The researchers had set out in search of the village last week after being tipped off by a drunk octogenarian piano player at a bar in the Grund who told them such a place could be found between the remote northern settlements of Schlindermanderscheid and Kautenbach.

Cordelia Guterson and Aliou Niang, both PhD students from Luxembourg City, made the perilous one-hour journey to the north and parked near a forest. After 20 minutes of walking through the woods, they found a cluster of seven or eight primitive lodgings, attached to which were giant, old-fashioned satellite TV dishes. In front were older model Audis as well as ancient BMWs and Mercedes.

One of the vehicles, Niang says, was an Audi TT from 2013 that he had read about in books.

“Also, my dad had one, but like any normal Luxembourg man, he traded it in for a new one after a year,” he said. “Anyway, I pulled out my phone and started taking photos, thinking that no one would believe me otherwise. However, from one of the dwellings came a male tribesman, quite confused and annoyed.”

Niang, a linguist who understands six languages, says he failed to identify or make sense of the man’s strange tongue. The two researchers were forced to communicate with grunts and hand gestures, which seemed to infuriate the tribesman, they say.

“We tried explaining that it was just a camera, something to record images, and that we had come in peace, and then I realized that this man had never seen a smartphone before,” Niang said. “No wonder he was frightened.”

“Well, it turned out he did have a primitive means of telecommunication, an iPhone 4, which he proudly showed us, but he was still really impressed by my Galaxy S9,” he added.

Now friendly and hospitable, the tribesman took the researchers on a tour of the village, introducing them to other members.

“They were not terribly happy to see us, but we never felt we were in danger,” Guterson said. “What struck us the most was their peculiar manner of dress.”

The females looked more or less as we do, Guterson says, albeit with a German fashion sense, but the males were adorned in a very obsolete style: beige trousers and polo shirts. Most covered their upper bodies with light Lacoste jackets.

“Most unusual was their hairstyle, which they had cut in the old Teutonic style of a mullet, and several of the eldest tribesman seemed to have dyed and permed their hair, forming tight brown or black curls,” Guterson said. “Obviously, this would be unthinkable in our modern society, but in this isolated village it apparently earned them respect.”