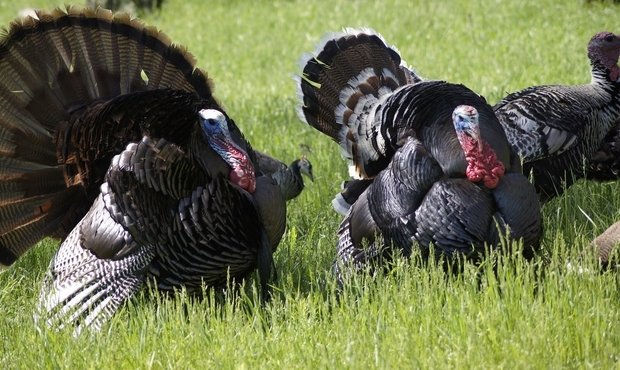 If all of humanity mirrored Luxembourg’s consumption behaviours, Earth Overshoot Day would fall on February 19th - in fact, Luxembourg’s overshoot day is second only to Qatar’s, which falls on February 9th.

On the first of this month we reached Earth Overshoot Day. This means that we had used up all of the resources which the Earth can produce within a year. At our current rate of resource consumption, we are using the equivalent of 1.7 earths per year, according to the Global Footprint Network, and the consequences of this is putting our futures on the line.

The meat industry: a heavy weight on the environment

Animal agriculture and its consequences (like manure management) has, according to statistics from the Food and Agriculture Organization of the United Nations, in and of itself been the source of 82% of emissions (CO2 equivalent) in Luxembourg, averaged between the years of 1990 – 2016.

To put things further into perspective, Luxembourg has previously had the highest rate of meat-consumption per capita. While we no longer top the list we still ranked 5th, with 107.9kg of meat consumed per person per year, according to 2009 statistics (the most recent for Luxembourg) from the Food and Agriculture Organization of the United Nations.

This makes it important to understand that your burger is more than ‘just’ a burger. In fact, a kilo of beef has an average 15,500 litre water footprint, according to the Water Footprint Network.

It’s easy to attempt to justify your meat consumption habits by saying that you’re just keeping traditions alive and living how were raised, but the numbers simply don’t reflect that. Industrialisation and the sheer scale at which animal agriculture and the exploitation of animal resources is taking place has changed drastically within a very short period of time.

Any effort toward the reduction of our consumption of animal products and byproducts is a step in the right direction, and this is why you don’t have to go plant-based vegan overnight.

It isn’t necessarily easy to reduce your consumption of meat and other animal products, largely due to it requiring a rather fundamental change in eating habits. You don’t have to go cold turkey and fully commit to a vegan lifestyle from day 1, or at all. In fact, radical changes such as that, are far less easy to sustain, and therefore to lead to long-term behavioural changes. Making small changes to your habits is a great start, which is why I would suggest trying meatless Mondays.

By purposely cutting out meat for just one day a week, you will automatically reduce your meat consumption by nearly 15% (assuming you eat about the same amount of meat every day) and, perhaps more importantly, it will let you explore the extent to which you actually need meat in your diet, and could lead you to make further changes over time.

Beyond environmental concerns, the health benefits of reducing your consumption of meat are abundant. Going plant-based vegan can, among other things, help you greatly lower your chances of developing certain cancers, and can also lower your risk of heart disease: two preventable diseases which accounted for 60% of deaths in Luxembourg in 2016.

Don’t give in to cognitive dissonance, make more conscious choices; your body, the earth, and the animals will thank you for it.

A ‘puritan’ approach to veganism may do more harm than good by intimidating people and discouraging them from further educating themselves. By all means, go vegan, but refrain from criticising others for not doing enough, or for not being ‘perfect vegans’, because that ideal is almost impossible to live by within an urban area. Let’s banish this idea, and work on this need to label and categorize individuals through their diet choices. Rather than judging people for ‘not doing enough’, we should applaud any efforts made and encourage each other to do more – more carrot and less stick, if you will!

At the end of the day, the idea is to become more aware of what you consume, and note that a product being labelled as vegan friendly, or “cruelty-free” does not guarantee that its production was free of cruelty too. The exploitation of human labor is still very much an issue today.

A whole-foods, plant-based vegan way of eating may be the ultimate goal, but if you begin to make more conscious choices in regards to your nutritional decisions, you can already make a difference. Drops make an ocean, after all.

/Eglantine Chahmerian is a Franco-Luxembourgish student at King's College London.