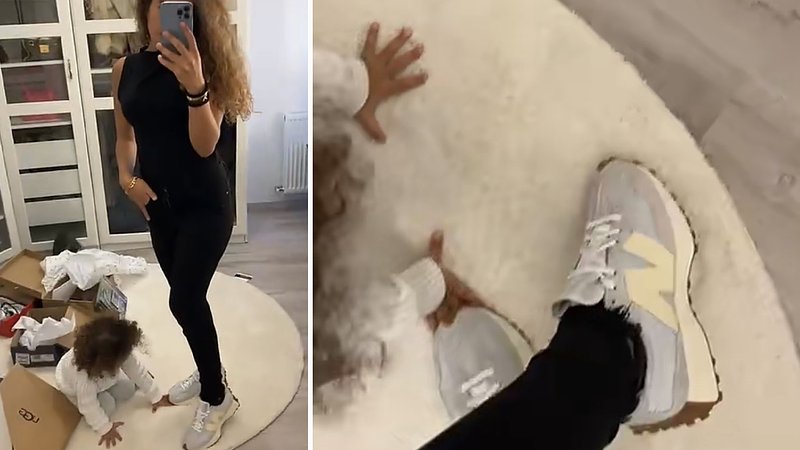 Poupette Kenza is a young mother obsessed with social media.

With over 70.000 followers on Instagram and 60.000 on TikTok, the daily life of Poupette Kenza, who lives with her daughter Seyana and her partner Allan, is widely followed. As much criticised as adored, she often manages to make herself quite visible.

Recently, Poupette Kenza filmed herself in the mirror in an attempt to show off her new snickers. Nothing strange for an influencer if it wasn't for her daughter playing on the floor, right next to her. In the video, as she presents her new kicks she also steps on Seyana's hand, who repeatedly says "ouch". But Poupette Kenza doesn't seem to even hear her daughter, consumed by producing the video.

The video went viral before it was deleted. Almost instantly, the influencer was heavily scrutinised on Twitter: "What's the worst about all of this is that she didn't even realise that her daughter said "ouch" - that's how obsessed she is", "That's way too much. 25 seconds of stepping on her daughter's hand and she doesn't even realise?", "Ban her from social media!"