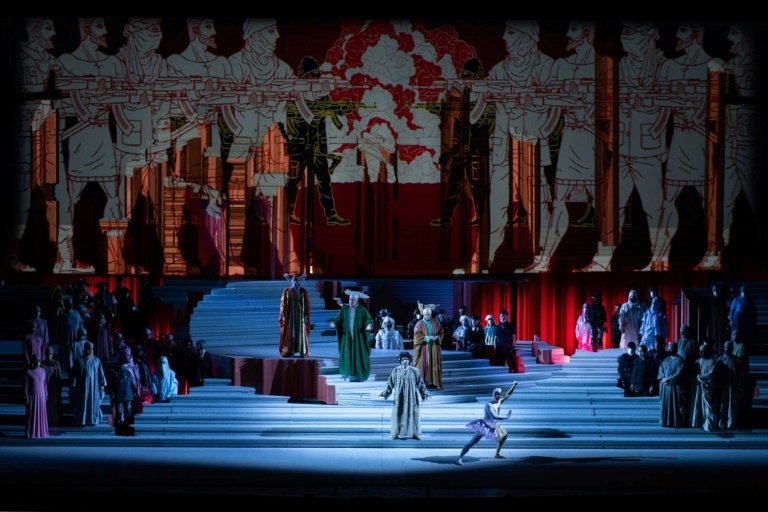 And with a storyline seeping with bloodshed and despotism, a new geopolitical focus and Ukrainian conductor Oksana Lyniv in the pit, the new production -- originally meant to have premiered in 2020, but delayed because of the coronavirus pandemic -- comes exactly on time.

From the ominous opening five notes, the audience is plunged into an uncertain, violent world and 64-year-old Ai never lets up the pressure.

The production, which opens at the Teatro dell'Opera di Roma, is a fitting project for an artist known for his installations, sculpture and photography that denounce authority and champion human rights and freedom of expression.

The presence of rising star Lyniv -- who became the first woman ever to conduct at Germany's prestigious Bayreuth festival last year -- further ramps up the immediacy of the production in face of the outbreak of war in Europe.

"It's beyond the imagination that we are still in the middle of these (territorial) conflicts," Ai told reporters last week.

"We're experiencing the biggest human struggle in Europe. Over three million Ukrainian people have been pushed out because of war caused by Russia," he said, speaking in English.

"We're in the middle of two crises." 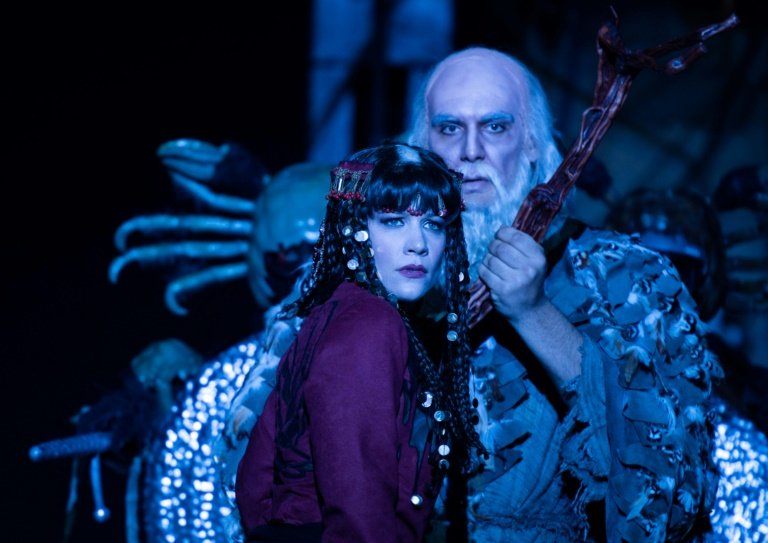 Puccini's dark opera centres around cold, vengeful Princess Turandot who kills her suitors if they fail to correctly answer three riddles for her hand.

Refugees, a sacrificial victim and a morally compromised chorus round out the cast -- all fodder for Ai, who uses unrelenting video images to intensify the sense of state-sponsored menace pervading the opera.

"We are lost!" sings the chorus in the third act, as images of billy clubs, chokeholds and tear gas fill the screens.

"From the first bars, you feel this apocalyptic character in the air, of what will happen," said Lyniv of the opera which was left unfinished with Puccini's death in 1924.

After wowing critics and audiences alike in Bayreuth last year, Lyniv made history again in January when she was named chief conductor of Bologna's opera, the first time an opera house in Italy has been led by a woman.

Hailing from Ukrainian city of Brody, about 100 kilometres (62 miles) east of Lviv, Lyniv said she conducted "Turandot" for the first time eight years ago in Odessa. 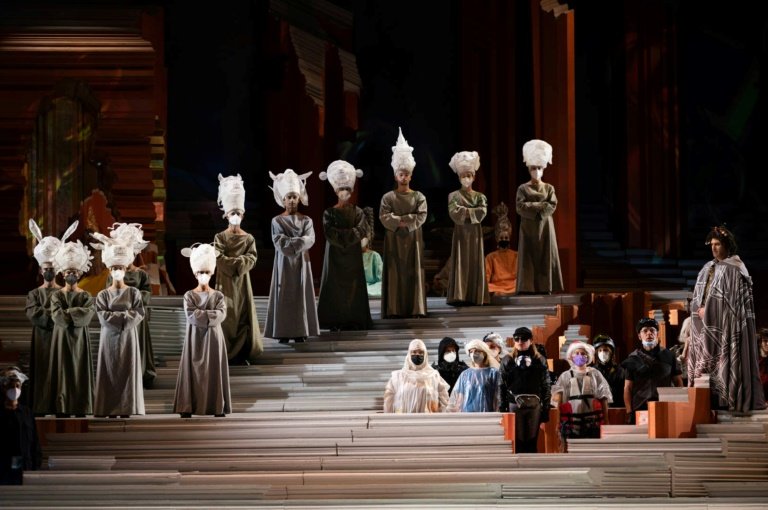 From the ominous opening five notes, the audience is plunged into an uncertain, violent world and 64-year-old Ai Weiwei never lets up the pressure / © OPERA DI ROMA/AFP/File

Many members of Odessa's orchestra, ballet corps and chorus were now defending Ukraine, she said.

Ai said this particular moment was "a gift to the artists like us, still alive, who still have a voice" to defend peace.

The artist also has his own personal connection with "Turandot" -- he appeared as an executioner's apprentice in Franco Zeffirelli's production of the opera at Lincoln Center 35 years ago.

His new version is performed without the ending added by Puccini's contemporary, Franco Alfano, increasing the opera's ambiguity.

Lyniv said the "open-ended" finale challenges the audience to decide, in observing the principal characters, "what role you have in this society" -- implacable, cruel Turandot, risk-taking refugee Prince Calaf, or Liu who sacrifices herself for love.

The chorus was particularly relevant today, she said, as it is seen obeying, never questioning, the decisions of the blood-thirsty Turandot.