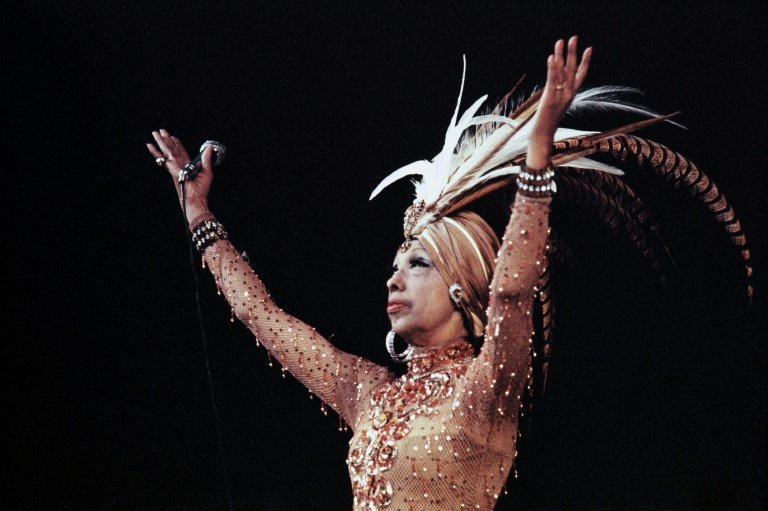 Josephine Baker overcame the racism that she parodied in her famous banana skirt dance to become the world's first black female superstar.

And on Tuesday she will become the first black woman to enter the Pantheon in Paris, the mausoleum reserved for France's "great men".

Her adopted country is honouring her 46 years after her death not only as a mould-breaking entertainer but also as a French Resistance hero, civil rights activist and a diversity pioneer who created her own multiracial family.

Openly bisexual, Baker lived free love decades before the sexual revolution of the 1960s, declaring: "I'm not immoral, I am only natural.

"I have married thousands of times because every man I loved has been my husband," she insisted.

After two failed marriages -- she took the name Baker from her second husband -- she managed to land herself a place in one of the first all-black musicals on Broadway in 1921.

Like many Black American artists at the time, she moved to France to escape racist discrimination back home.

But she never stopped campaigning for civil rights.

She was the only woman to address the March on Washington in 1963, taking the microphone after Martin Luther King had given his iconic "I have a dream" speech.

In a personal bid to prove there is "only one race", Baker adopted 12 children from across the world to live with her in her French chateau, which she later tried to turn into a "Global Village".

"We all have the same heart, the same blood, and the same need for love," she declared. 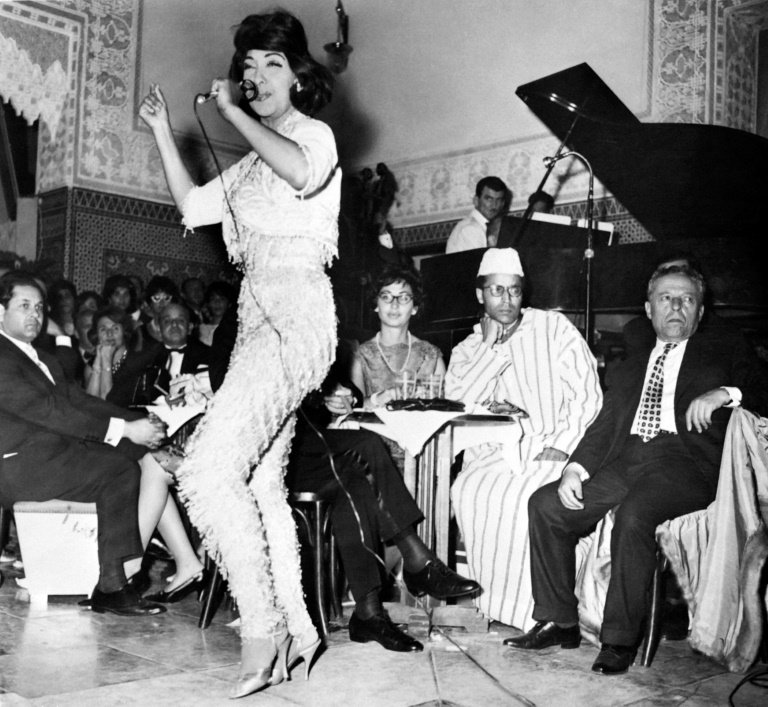 Plucked from the chorus line of "La Revue Negre" -- an attempt to bring "authentic" Black American culture to Europe -- she became its star and caused a sensation.

It was the first time most Parisians had ever heard jazz or seen it performed.

The writer Ernest Hemingway -- who was living in the French capital at the time -- said Baker was "the most sensational woman anyone saw".

The artist Pablo Picasso marvelled at her "smile to end all smiles".

When the show moved to the Folies-Bergere, Baker gave the performance in 1927 for which she will always be remembered.

Wearing nothing but a string of pearls and a skirt made of 16 rubber bananas, she danced the Charleston.

France, which had many Black African colonies, was dumbstruck by her wild performance, which at the time some saw as a parody of white male sexual fantasies. 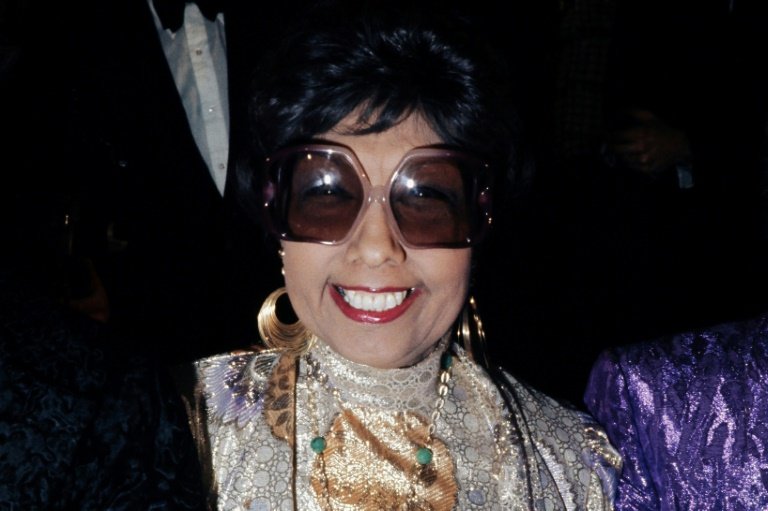 Throughout her life she never stopped campaigning for civil rights / © AFP

Ilana Navaro, who made a documentary about Baker, said she "transformed bananas, the ultimate racist symbols, into phallic trophies".

Baker became a fashion idol, deluged with dresses by designers, and kept control of her brand by working with illustrator Paul Colin, who created some of the most enduring images of her.

Her 1931 hit song "Two Loves" made her a diva, a reputation further boosted by her lead role as the Tunisian singer in the 1935 movie "Princess Tam Tam".

Such was her star power that the movie later gave its name to a luxury French lingerie brand.

"If I want to become a star, I have to be scandalous," Baker declared.

The woman known as "Black Venus" would also perform with a snake wrapped around her neck or with her pet cheetah.

And she pushed the boundaries in the bedroom too, having affairs with both men and women -- including the French novelist Colette, the architect Le Corbusier and the crown prince of Sweden -- in an exuberant private life.

After her marriage to the French industrialist Jean Lion in 1937 she took French nationality, but the relationship was not to last.

However, she helped him and his Jewish family escape the Nazis and reach the United States. 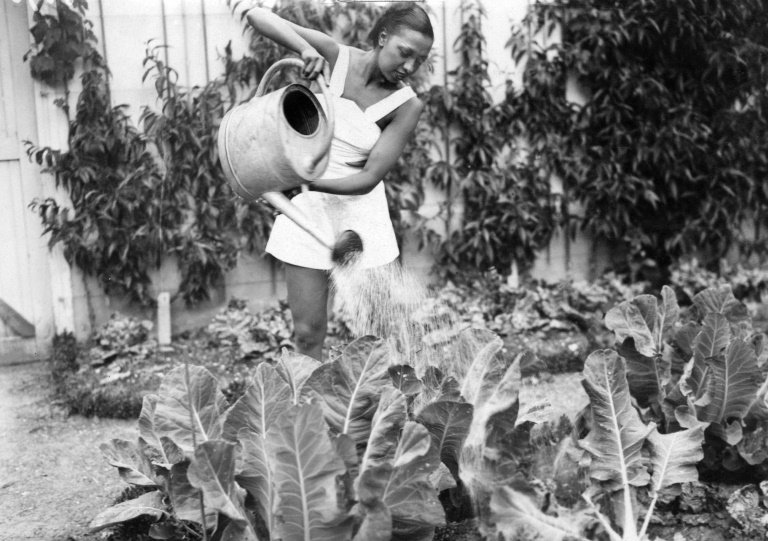 It was to be one of many wartime exploits in which Baker showed the same mettle that led her to refuse to perform before segregated audiences in the United States, an unpopular move at the time.

She became a spy for France's wartime leader-in-exile General Charles de Gaulle and used her people skills and contacts to obtain information on the plans of Italian fascist leader Benito Mussolini.

She was an informant, courier and lover of De Gaulle's counter-intelligence chief in Paris.

She also sent reports to London written in invisible ink in her sheet music, work for which she would later be decorated with the Croix de Guerre and the Legion d'honneur.

"France made me who I am," she later said. "Parisians gave me everything... I am prepared to give them my life," she added.

She installed what she called her "Rainbow Tribe" in a chateau in the Dordogne in southwestern France.

But her high ideals and grand ambitions did not pay the bills and she ran into debt.

Ruined, she returned to the stage in a vain bid to save her estate. 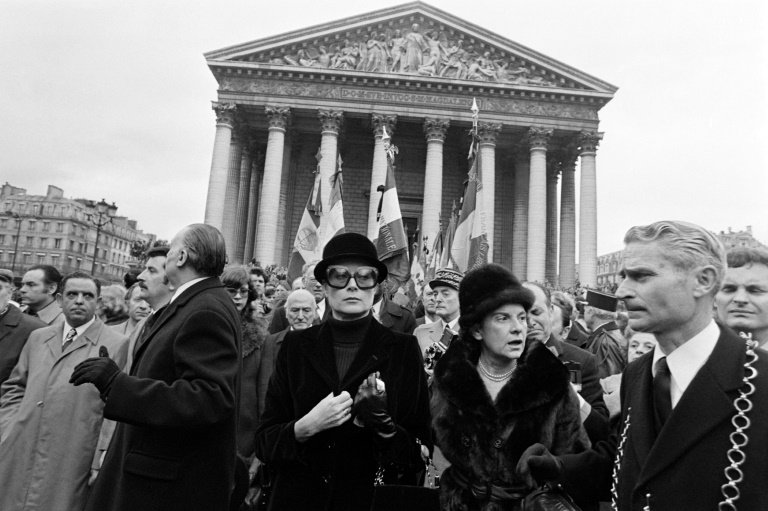 Her fellow American, Princess Grace of Monaco, came to her aid and helped her settle on the French Riviera in 1969.

But Baker could not stop performing, and she was to have one last hurrah, with a final smash-hit cabaret show in Paris retracing her remarkable career.

She died on April 12, 1975, aged 68, from a brain haemorrhage as she read reviews of the star-studded gala attended by Mick Jagger and Sophia Loren to celebrate her half-century on the stage.