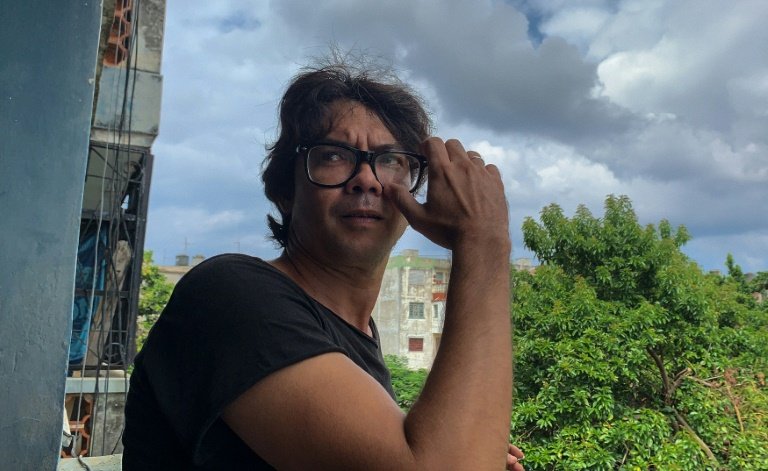 Cuba's government has banned a protest planned for November 15, but Yunior Garcia isn't too bothered -- the 39-year-old actor and playwright wants to march for change and freedom, no matter what happens after that.

Garcia, his glasses perched on his nose, has a youthful air. He smokes a cigarette on the balcony of his apartment in La Coronela, a working-class Havana neighborhood, though high prices due to widespread shortages and the obvious health consequences have made him rethink the habit.

The night before, Garcia -- who is emerging as a major figure in Cuba's opposition movement -- was the subject of a report on state television.

The piece condemned his call for protest as a "provocation" and accused him of being backed by the United States, "which is promoting the destabilization of Cuba."

But three months after the unprecedented protests that erupted across the Communist-run island nation on July 11, Garcia is unbowed by the obvious pressure, and plans to march anyway on November 15, a march he helped organize in Havana.

Beyond the capital, demonstrations are planned in six other provinces. Yunior Garcia says he will protest on November 15, 2021 despite a government ban / © AFP

"Protesting is a human right, a constitutional right... so on Monday, November 15, I am going to peacefully protest as planned," he told AFP in an interview.

Garcia says it is a "personal decision" -- he has been unable to contact other rally organizers because, he says, their internet service and landlines have been cut. 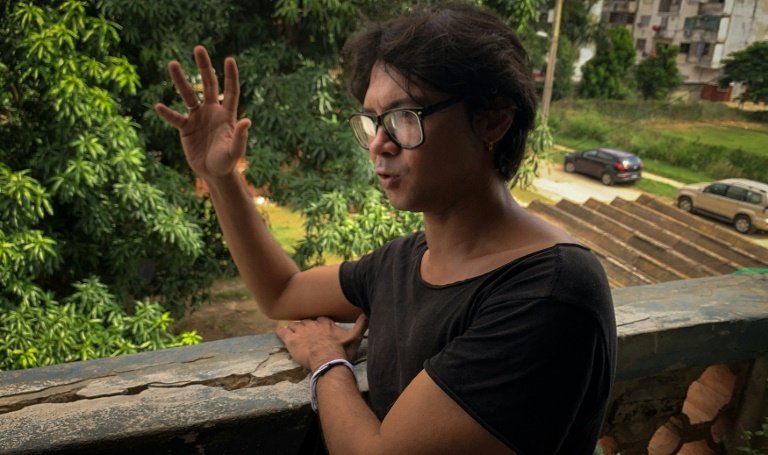 Yunior Garcia was long known only in the Cuban arts world -- for his plays, as well as his television and movie scripts / © AFP/File

When Garcia went on Tuesday to take delivery of the government's official response to the protest request, a small group of Cubans greeted him with signs bearing a dollar sign -- a way to accuse him of selling out to Washington.

Born in the eastern city of Holguin, Garcia was long known only in the arts world -- for his plays, as well as his television and movie scripts.

But since November 27, 2020, when hundreds of artists demanded more freedom of expression at a protest in Havana, he has taken on another role -- he is one of the faces of a new generation critical of the government.

Many of these "new look" dissidents are not political activists -- they are artists, independent journalists and academics.

And when Cuba was rocked by the July 11 protests -- which were at a level unseen since the 1959 revolution -- Garcia did not hesitate to take part, even trying to get a few minutes of face time with state television.

The government crackdown over those protests left one dead, dozens injured and more than 1,000 people detained, several hundred of whom remain behind bars.

Garcia ended up being detained and freed the next day.

After that, Garcia launched a Facebook group for political debate, calling it Archipelago. He hoped it would be a laboratory for an "inclusive Cuba," in a country where only one party is allowed.

The call for the November protest started among the group's nearly 27,000 members.

"Cuba's rulers had the chance to redeem themselves in the eyes of the world, especially after the violent crackdown on July 11," Garcia told AFP. 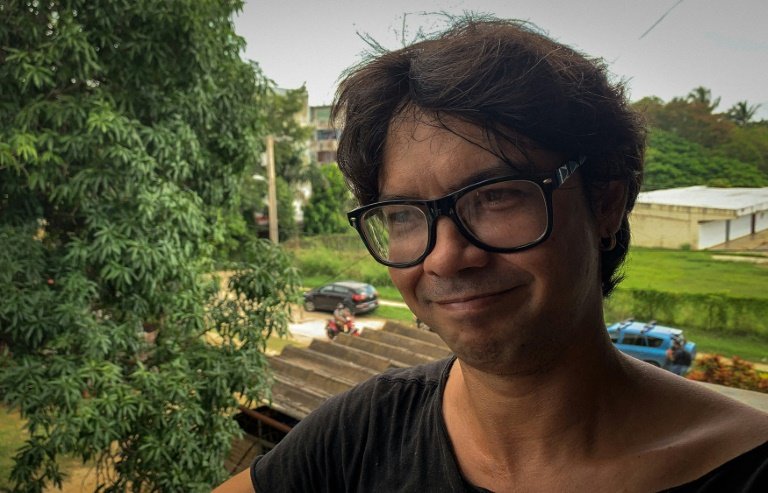 Yunior Garcia says he hoped Cuba's government would allow a peaceful protest, but instead they doubled down / © AFP

But for the government, the protest must have ulterior motives, and must be a thinly veiled means of promoting the interests of its arch-enemy: the United States, which has reinforced a tough embargo on the island in recent years.

Organizers "have the clear intention of promoting a change in Cuba's political system," the government said in rejecting permission for the event.

Instead, Havana has planned military exercises and a "National Defense Day" that same week.

Garcia however insists: "We do not want to exclude anyone, not even them, the Communists. We want a country where everyone has a place, an inclusive country where the rights of all citizens are respected."

So how many will take his lead on November 15? That remains hard to determine, with fear of a crackdown lingering in the air and several prominent dissidents still in jail or under house arrest.

Garcia could end up not being able to protest, he admits.

"I know that they are going to do everything possible to prevent me from being there. Of course, they are going to try to arrest me. They will maybe set up surveillance outside my home to keep me from leaving," he said.

"I will try to make it happen."