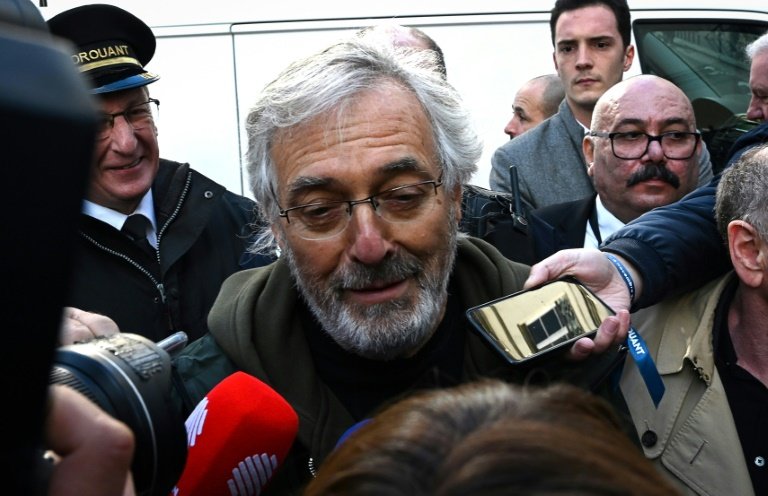 The winner of France's top literary award quoted the footballer George Best after being announced as the winner of the Prix Goncourt on Monday.

Jean-Paul Dubois paraphrased one of the late hard-drinking Belfast-born star's most famous quips after he was mobbed when the prize was announced in a Paris restaurant.

Dubois, 69, suffers from a problem with his inner ear that sometimes leaves him dizzy.

His moving and colourful epic about a prisoner looking back on his life also had the judges in a spin, pipping the heavily-tipped favourite Amelie Nothomb, one of France's biggest bestselling authors, by six votes to four.

"I am very happy and flattered. Anything can happen (in life)!" Dubois declared after his new book, "Tous les hommes n'habitent pas le monde de la même façon" (roughly translated as "All Men Do Not Inhabit This World in the Same Way"), emerged victorious.

"Your life is ruined now," another writer quipped as reporters pressed around the quiet-spoken writer.

"It's adorable and I'm flattered... but I don't think it will change my life," said the journalist and novelist who already has an army of fans for books like "A French Life", a saga about the country's baby boom generation who like him were forged by the Paris student revolt of 1968.

It won the prestigious Femina prize in 2004 and was published in English three years later.

"I will be the same tomorrow as I was this morning," said Dubois, who still lives in the house in Toulouse where he was born.

He admitted to having a soft spot for the late Northern Ireland winger who was as famous for his boozing and womanising off the pitch as his prodigious talent on it, once quipping that "in 1969 I gave up women and alcohol -- it was the worst 20 minutes of my life."

Dark humour also shines through the sad, nostalgic hero of his new book.

His life is destroyed by a moment of madness and he finds himself sharing a cell in a Canadian jail with a Hells Angel who has threatened to "cut him in two" if he gets on the wrong side of him.

Yet the hulking thug is reduced to jelly by the sight of mice and a barber's scissors.

The chairman of the Goncourt jury Bernard Pivot described Dubois as a French "John Irving or William Boyd", writing highly entertaining books that are both popular and critical successes. 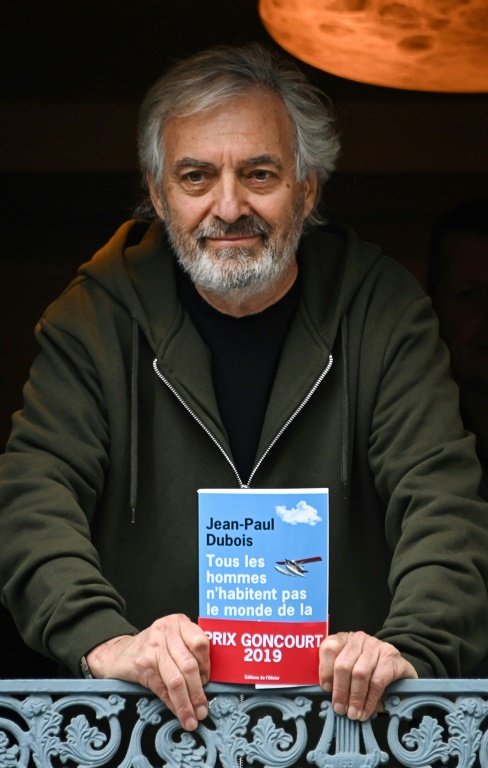 Several French critics had hailed the novel as Dubois' best.

To keep himself sane, the narrator, Paul Hansen, talks to the dead in his head.

While Dubois gets only 10 euros ($11) for winning the Goncourt, the prize almost guarantees a boost in sales of 450,000 copies or more, placing it instantly among the year's top bestsellers.

Minutes later, the Renaudot, often seen as the consolation prize, was handed to Sylvain Tesson for "The Snow Leopard", an account of his search in Tibet for one of the most endangered animals on the planet.

"I hope it will help us save and better understand these animals which have so much need of our help now," Tesson said.

"I feel like the rabbit who has been pulled out of a hat," he joked, or "a leopard in a world where order has been restored."