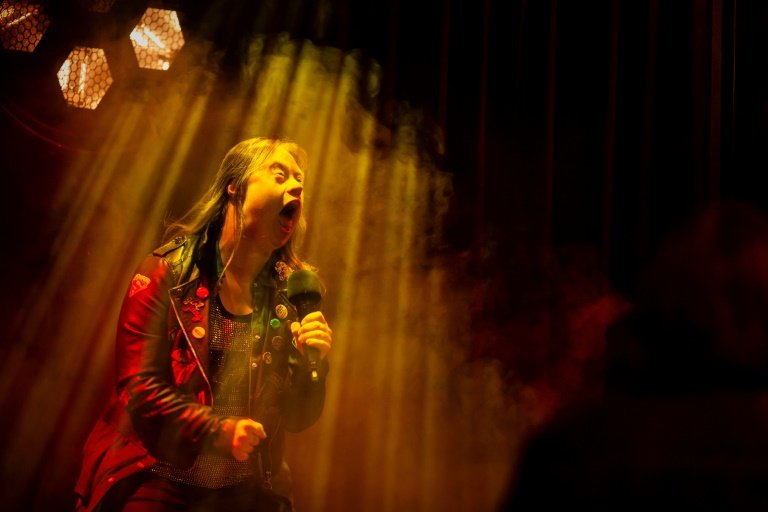 'I'm not a vegetable, I'm a woman and not a child, I need help and to be close to someone,' actress Aleksandra Skotarek, a 31-year-old with Down Syndrome, told AFP / © AFP

A troupe of actors with Down Syndrome in Poland is taking the fight for disabled rights to the stage in a new play that lashes out at politicians, accusing them of neglecting the welfare of citizens with disabilities.

Titled "The Revolution That Never Was", the play recounts how a group of young Poles with disabilities staged an unprecedented sit-in protest in the Polish parliament last year.

They slept on the floor of a corridor for 40 nights in a bid to persuade the right-wing Law and Justice (PiS) government to boost their meagre living allowance and benefits for their caregivers.

Known for generous social spending on child allowances and retirement pensions, the government has moved to improve benefits for Poland's estimated 272,000 citizens with disabilities ahead of October's general election.

Down Syndrome is the most common genetic form of intellectual disability, and affects around one in 1,000 people worldwide, according to the World Health Organisation.

Having shone the spotlight on the everyday struggles of persons with disabilities like never before, the sit-in protest had a profound impact on public awareness about the extra public funds needed to guarantee their welfare. 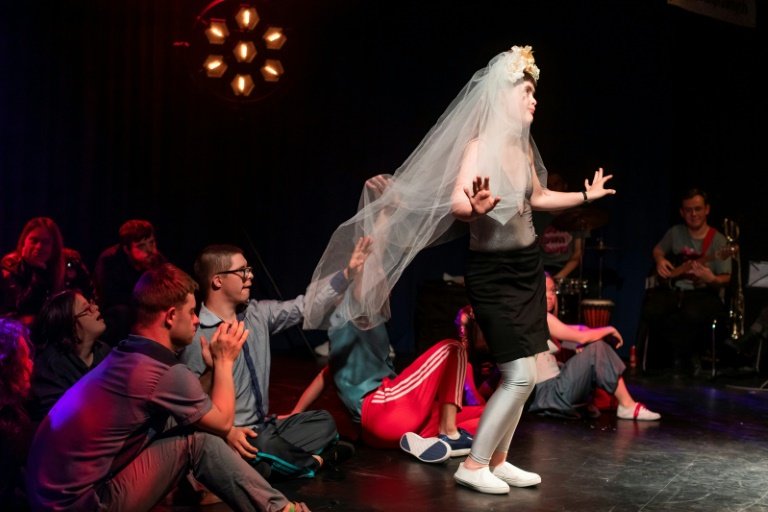 Theatre 21, set up in 2005 by director Justyna Sobczyk for people with Down Syndrome and autism, has brought the parliament protest movement to the stage / © AFP

"Theatre 21", set up in 2005 by director Justyna Sobczyk for people with Down Syndrome and autism, has brought the protest movement to the stage.

Written by the actors themselves, the play pulls no punches in ridiculing the generally limp reactions of politicians from across the spectrum to the protest in parliament.

"Disabled people in Poland receive terribly low benefits: social pension 174 euros per month. Caregiver allowance: 36 euros per month," reads a banner they display to the audience soon after the curtain goes up.

"Polish people with disabilities have the right to live in dignity," reads another banner they display.

Compared to Poland's current average monthly salary of 1,175 euros ($1,300), or even the 520 euro minimum wage, benefits for people with disabilities come nowhere near covering needs.

On top of this, very few Poles with disabilities are able to find work to help make ends meet while their relatives must often forgo employment in order to care for them. 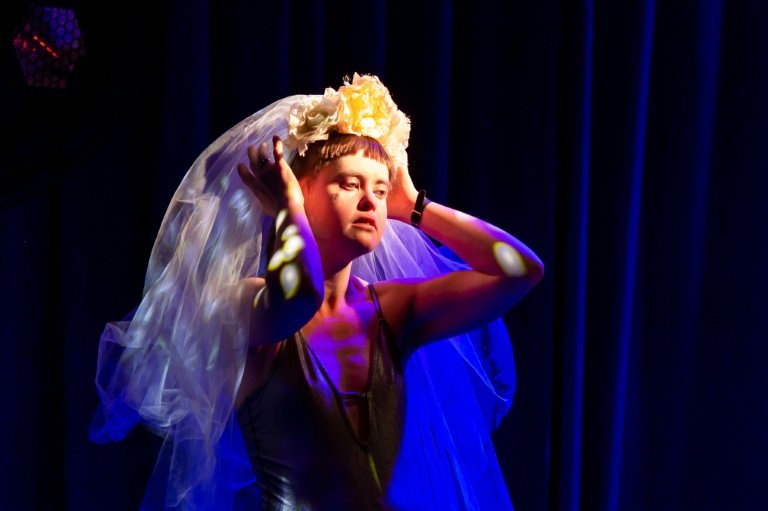 "Without a job and without a caregiver, I can't manage on my own!" exclaims one of the actors on stage.

In the wake of the parliament protest, the PiS government adopted measures intended to introduce monthly payments of 500 zloty (115 euros, $130) for people with disabilities who qualify, loosely modelled on the child benefit it introduced in 2016.

The play also targets previous administrations, run by centrists and leftists, insisting they too failed to properly address the issues of Poles with disabilities.

"This neglect has been going on for decades and in fact, all politicians are responsible for the fact that disabled people aren't treated as equal citizens of this country," Justyna Wielgus, a co-director and choreographer for "Theatre 21", told AFP.

"I'm not a vegetable, I'm a woman and not a child, I need help and to be close to someone," Aleksandra Skotarek, a 31-year-old with Down Syndrome, who has been acting in the troupe for years, told AFP. 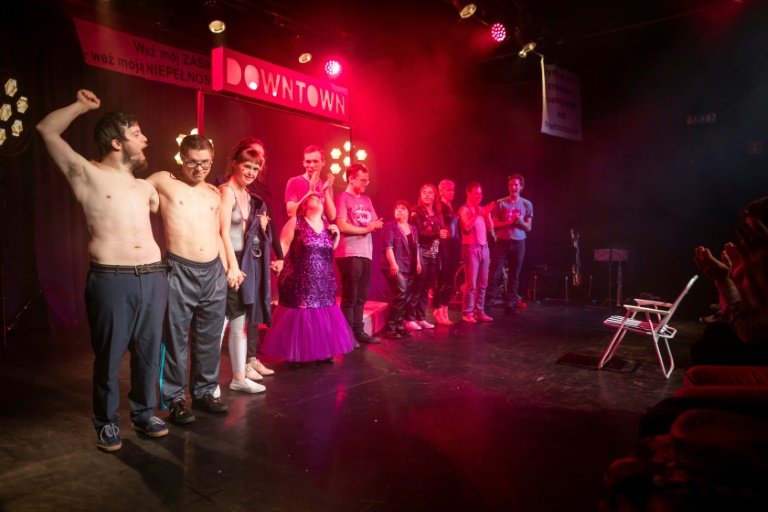 The play also targets previous governments, run by centrists and leftists, insisting they too failed to properly address the issues of Poles with disabilities / © AFP

She hopes the play, which they will perform across Poland this year before heading to Ireland in 2020, will impact audiences at home enough to "bring the change we need".

"We want our voices to finally be heard and the campaign to go beyond repeating the usual empty slogans that only use people with disabilities as bait to attract voters," Wielgus told AFP.

Setting politics aside, a particularly poignant scene in the play drives home the point that people with disabilities have the same hopes and fears as anyone else.

A young woman wearing a wedding dress asks: "Will there be a man to love me?"

In the next scene, an actor kisses her tenderly on the cheek, telling her there is "nothing to prevent" him from doing so.