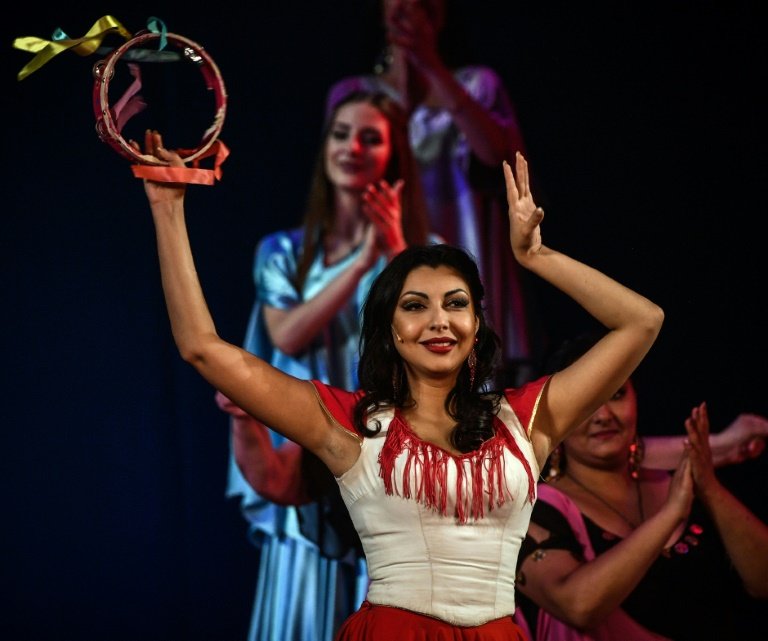 The "We, the Roma" show has been staged at Moscow's Romen Theatre, which first opened in 1931 / © AFP

With passionate songs, flowing dresses and the wild strumming of guitars, a Moscow theatre has staged colourful aspects of Roma culture since the shows' heyday in the early Soviet era.

Calling itself the "world's only" Roma theatre, the state-funded Romen Theatre occupies a huge building close to the city centre and holds near-nightly shows.

It was founded in the 1930s as a symbol of the "friendship of the peoples", a phrase coined by Joseph Stalin for relations between the USSR's many ethnic groups -- even though Soviet authorities persecuted numerous non-Russian minorities.

Today, some 200,000 Roma live in Russia, according to official statistics, mostly in the European part of the country.

And, like elsewhere in Europe, the communities often have tense relations with their neighbours.

In June, a massive inter-ethnic brawl in the village of Chemodanovka in the Penza region, some 550 kilometres (350 miles) east of Moscow, led to an ethnic Russian man dying from a stab wound and the Roma community being forced to leave.

On stage at the Romen Theatre however where the vast majority of the actors and singers are ethnically Roma, performances portray little of such harsh realities.

A show called "We, the Roma" recounts the Roma people's mythical odyssey from ancient Egypt to the Russian provinces, via flamenco-infused detours into Spain.

"Our audience aren't looking for subtle dramatic acting, they come to see something exotic," singer Valeria Yanysheva tells AFP in the wings.

"Take any song, and nobody will sing it like a Rom would, nobody! Forgive my lack of modesty," says actor Nikolai Lekarev.

Writers, merchants, aristocrats, and even notorious holy man Grigory Rasputin, once caroused at a hugely popular Moscow restaurant called Yar that had a world-famous Roma choir. 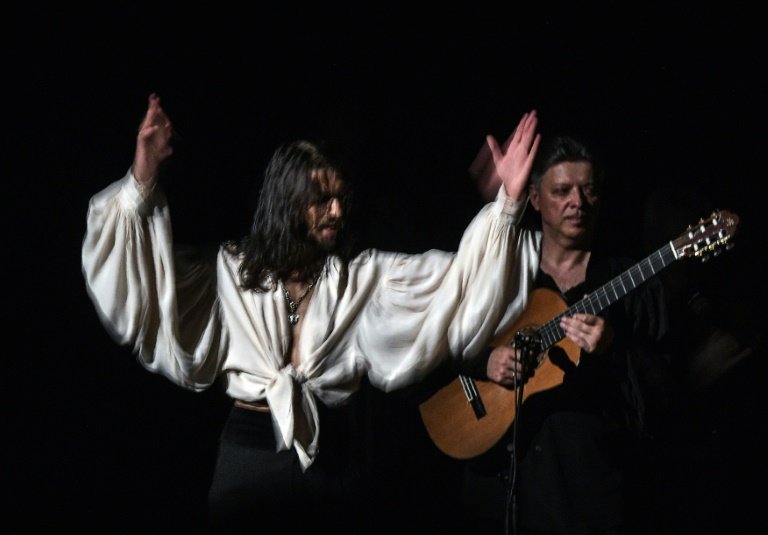 The Romen Theatre in Moscow describes itself as the world's only Roma theatre. Most of its actors and singers are ethnically Roma and it stages Roma culture / © AFP

When it opened in 1931, the Romen Theatre had an ideological role as Soviet authorities sought to document and celebrate the different cultural traditions of the USSR.

In this way, Moscow wanted to nip any nationalist movements in the bud.

"The USSR was unique in its vision of integrating its Romani populations... and demanding that Roma incorporate themselves as equal citizens within the broader Soviet 'friendship of the peoples'," says US historian Brigid O'Keeffe.

The Soviets encouraged nomadic Roma to switch to a settled lifestyle and a "Roma elite" formed around the Romen Theatre, says Kirill Kozhanov, a linguist from the Russian Academy of Sciences.

In 1969, the Romen troupe moved to its current building in a hotel for party officials.

Celebrated by Russian literary giants like Leo Tolstoy, the notion of a romantic, wild "Roma soul" was popular in the Soviet Union as well. 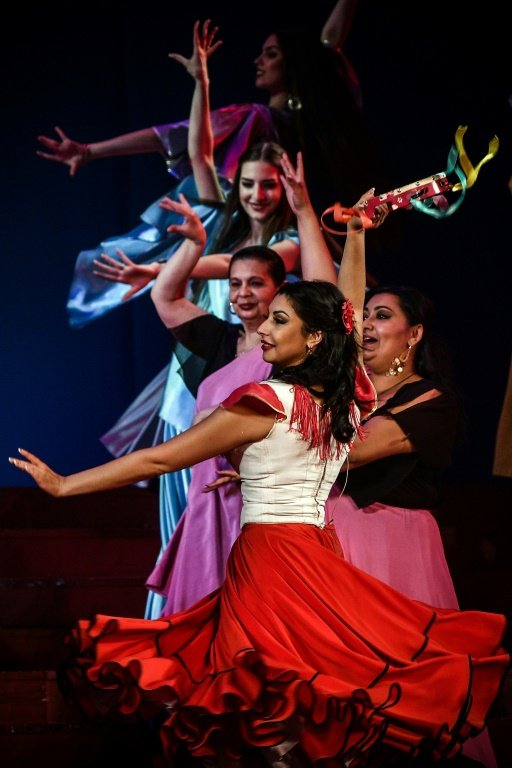 In Soviet times, the Roma were "romanticised" as singers and dancers, but in the 1990s their portrayal in the media changed / © AFP

With the breakup of the Soviet Union, however, any idea of brotherhood between peoples faded away, while underlying tensions came to the forefront.

"In the Soviet Union, the Roma were romanticised and portrayed as people who spent their time singing and dancing, but in the 1990s, the media began to describe them as criminals," Kozhanov says.

The brawl in Chemodanovka became a front-page story, with many Roma houses torched and hundreds forced to leave their homes.

Three years ago, a conflict over the gas supply to a Roma village in the central Tula region prompted authorities to send in 500 riot police.

"The authorities never say they don't want Roma. But in fact they don't act to combat stereotypes or work toward Roma integration," Kozhanov says.

Despite the Soviet efforts, many Roma communities are isolated and have high levels of illiteracy, child marriage and poverty. 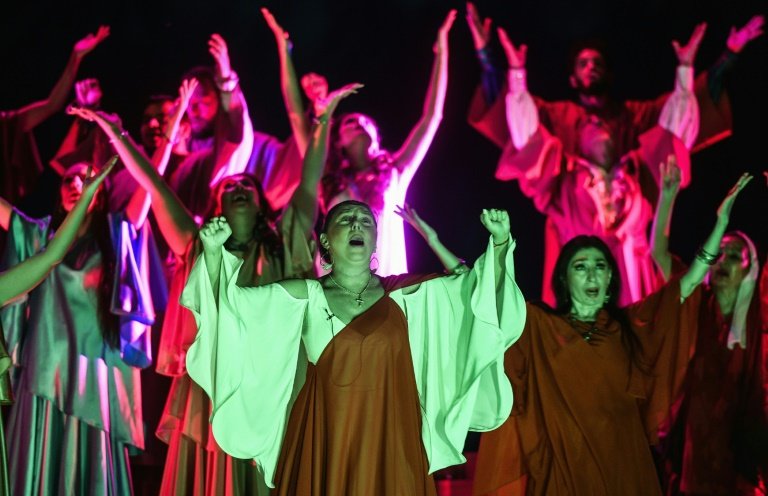 Like elsewhere in Europe, Russia's Roma communities often have tense relationships with their neighbours / © AFP

The official population of 200,000 is dwarfed by the some 2.5 million living in Romania and Bulgaria, according to Council of Europe figures.

The only Russian NGO that provided legal help to Roma was forced to close in 2014 after authorities demanded that it register as a "foreign agent" under a controversial law because it received funding from abroad.

In this context, the Romen Theatre is increasingly isolated.

A similar institution in Chisinau, the capital of ex-Soviet Moldova with a large Roma population, has long since closed.

"For the authorities, the theatre is a political symbol and demonstrates a measure of (official) respect," says Kozhanov, while criticising its "rather dated method of cultural promotion."

The venue mainly attracts an older crowd, and its shows are far from packed.

Social media is now a much more effective way of reaching the public, Kozhanov suggests.

Meanwhile on TV, Roma artists frequently do well on the Russian version of the singing competition "The Voice".