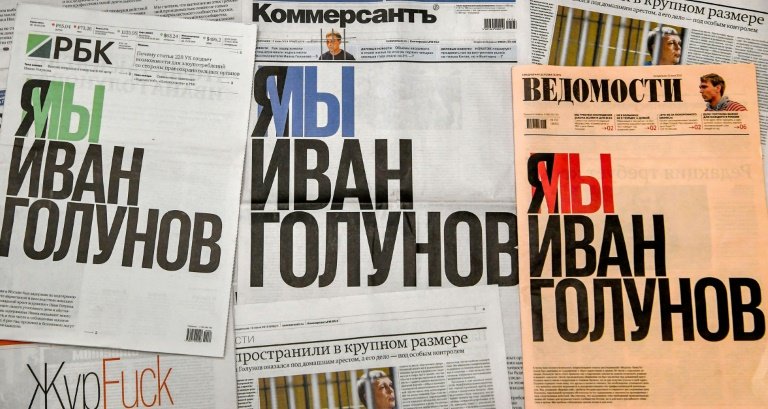 The front pages of Kommersant, Vedomosti and RBK dailies declared: "I am/we are Ivan Golunov" / © AFP

Russian authorities faced unprecedented pushback Monday against the arrest of an investigative reporter on drugs charges, with independent as well as pro-Kremlin figures urging his release.

Journalist Ivan Golunov was detained on drug charges last week but says he is being punished for his work as an investigative reporter.

As his arrest unleashed a rare show of popular solidarity, the Kremlin said it was important to "admit mistakes" and not repeat them, but also defended its law enforcement agencies.

On Monday, three top newspapers Kommersant, Vedomosti and RBK published the same front page with the words "I am/we are Ivan Golunov" in giant letters -- a bold act of defiance in a country where most media toe the Kremlin line.

The phrase was drawn from the slogan "I am Charlie" that emerged after the 2015 killing of 12 people at French satirical weekly Charlie Hebdo.

Golunov, a 36-year-old reporter with Meduza, an independent Russian-language media outlet, was detained last week on allegations that he manufactured and dealt in drugs.

He faces up to 20 years in prison, but defence lawyers say drugs were planted on him. 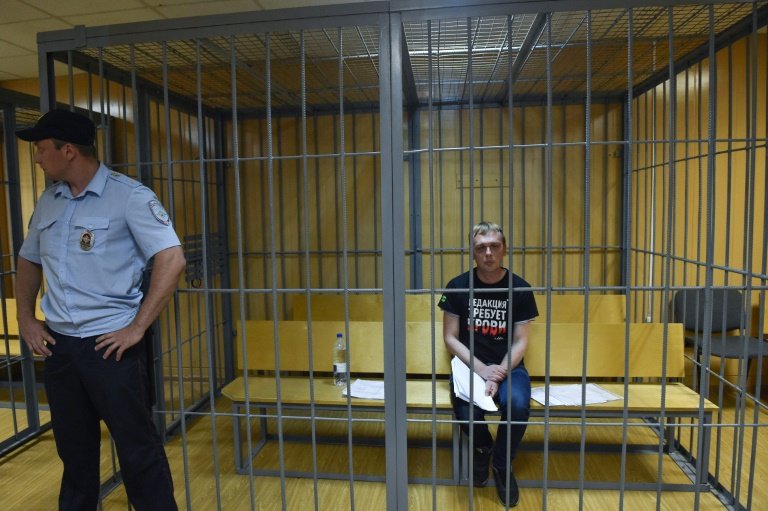 Golunov's arrest sparked outrage among journalists and supporters and prompted expressions of international concern, including from the United States and European Union.

He was released from pre-trial jail at the weekend and placed under house arrest after hundreds of supporters gathered outside a Moscow court.

In identical front page statements, the three newspapers said the journalist's arrest amounted to an act of intimidation, and demanded an investigation into the police officers who detained him.

The dailies said they did not consider the evidence presented by investigators to be convincing.

"We do not rule out that Golunov's detention and subsequent arrest are linked to his professional activities," they said. 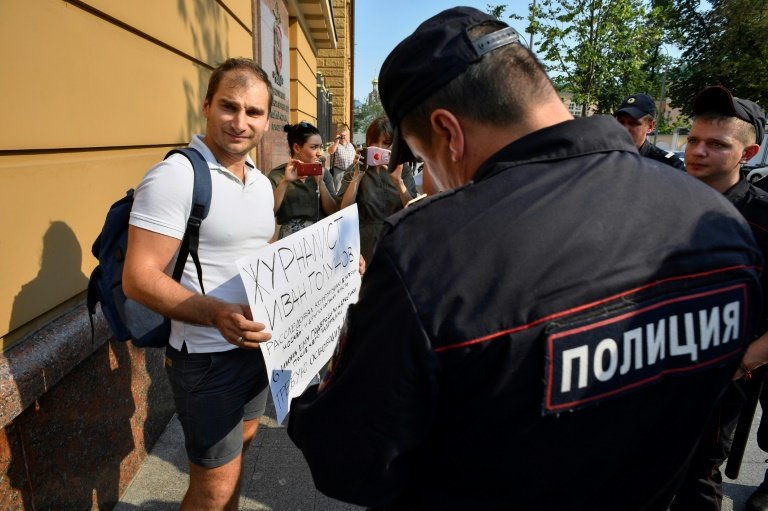 Many newspaper kiosks in Moscow ran out of the special edition by early afternoon.

All three publications are privately owned, but increasingly being pressured to toe the government line.

During his two decades in power, President Vladimir Putin has silenced most of his critics and sought to muzzle the media.

Drugs accusations, however, are not common.

But he sought to defend the police and courts.

"I believe it would be wrong to make general conclusions about the mistrust towards the entire system based on his case," he said.

Since Friday, Russians have held one-person pickets, one at a time, outside Moscow's police headquarters -- the only form of protest that does not require prior approval from authorities.

Supporters plan to stage a march in support of Golunov on Wednesday.

Many prominent figures have came out in his support, with rock stars and rappers joining forces with rights activists and authors.

Even some staunchly pro-Kremlin television journalists have given their backing to the independent journalist. 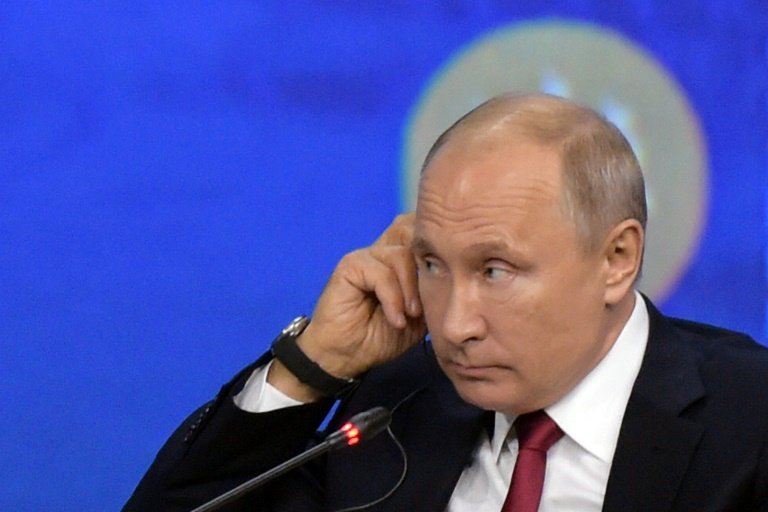 "This is a test for us all," NTV channel host Irada Zeinalova said onscreen.

Golunov has been charged with attempting to deal in a "large amount" of the designer drug mephedrone and cocaine.

But Yevgeny Bryun, a narcotics expert with the Russian health ministry, said there was no trace of illegal substances in the journalist's urine.

Golunov's lawyer and supporters pointed to many violations in the case.

Police released pictures of what they said was a drug lab allegedly run by Golunov, but later admitted only one of the photos was taken in the journalist's apartment.

Golunov believes he is being punished for his investigation of the country's shady funeral industry.

The Bell, an independent Russian online media outlet, wrote that the Kremlin has found itself in a bind and will be forced to take sides.

"If in this situation the state... does not restore justice, the governability of the country as a whole would be put into doubt."