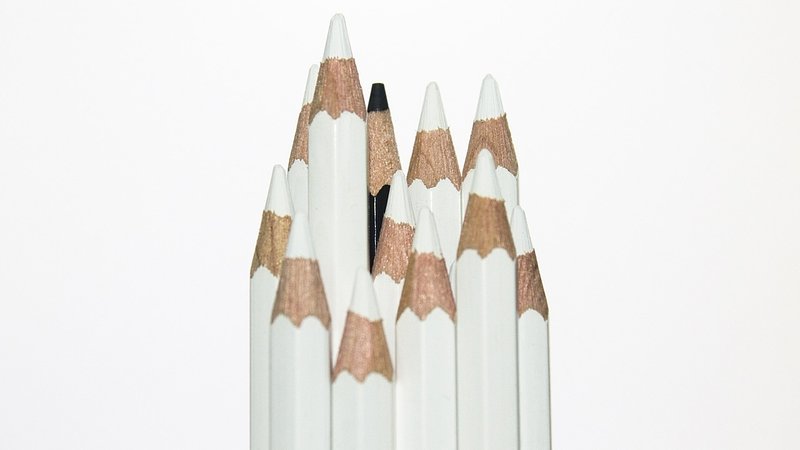 If you’re on any kind of social media platform, own a television, have internet, or failing that, a radio - you’ll be aware of the Black Lives Matter movement which has swept across the world.

When George Floyd’s life was stamped out on May 25th, you may ask what was any different than the many times before - why did this particular instance trigger a global movement? Particularly in the middle of an unprecedented global pandemic.

Some naysayers put it solely down to Covid-19, people were bored at home and needed a cause to jump on - and the world ran with it. I disagree, but what the pandemic did do is contribute to highlighting inequality in no uncertain terms.

The ‘haves and the have nots’ became evident, those who could cocoon in their houses and continue working or even flee to their holiday homes were in stark contrast to millions of others who had to join unemployment lines or rely on food-banks for the first time in their lives.

Empathy for jobs usually classed as ‘menial’ such as cleaners, grocery store workers, care home assistants grew - areas of employment in which ethnic minorities are vastly over-represented. Data revealed that black people and POC were being disproportionately affected by the pandemic in both the United States and Europe.

Gen Z as a ‘driving force’

Add into the mix the fact that Gen Z has arguably been more ‘disruptive’ than the generations before them, having been labelled as the ‘driving force’ behind the movement. The world was much bigger for previous generations, much more difficult to mobilise – Luxembourgers wouldn’t necessarily have known the details of what was happening in California. Londoners would have been unaware of the racial stirrings in New York, consuming only what their newspaper tells them - reported through that particular publication's world lens.

The world in 2020 is one where we can see the unrest unfolding on the streets across our screens in real-time. In the space of a few short years Gen Z has made a significant dent in cultures of nationhood and individualism with a move towards seeing the world as one big picture, quite literally this entire planet as our home. Greta Thunberg’s famed line was "I want you to act as if the house is on fire, because it is." Now another much-needed stand has been taken.

Gen Z has presented itself as a generation which won’t stand for unacceptable phobias, whether it’s racism, transphobia, classism, climate change denial, you name it. Along with younger millennials, many have lost the security of owning properties, a proper pension and job continuity that (predominately white) ‘boomers’ benefited from. Therefore perhaps they feel they have the right to get something back - at the risk of sounding trite, a ‘better world’.

But it would be all too simplistic and unfair to put this entire movement down to Gen Z and a global pandemic, whilst certainly contributing factors, inevitably this day absolutely had to come. When were we (white people) going to check our privileges? This movement has led to a self-evaluation of my own inherent biases in all the forms they come. What’s important to me is that I want to actively engage in a dialogue on it, which is certainly not an answer to the problem, but it’s a start within my own life and sphere of influence.

How have I seen my white privilege unfold and benefit me? In numerous ways which may not seem so extreme as isolated events, but collectively serve as a stark reminder of how our society operates. It doesn’t mean that I, as a white person, don’t work hard or that I have never experienced hardship — it simply means that I receive advantages and help, usually unacknowledged, just because I am white. My whiteness benefits me in almost every aspect of my life - in my education, my career, where I choose to live, social mobility, ability to travel - take your pick.

Growing up in a homogeneous society with a non-white population of less than 2% it’s fair to say that race was never even on my radar as a child. My society was preoccupied with its home-grown issues and whilst white-on-white discrimination and violence was rampant the issue of racism was somewhat irrelevant. I recall one mixed race pupil who joined our primary school aged 8 or 9 - instinctively as children who didn’t know any better we kept asking where he was from, despite his mother being Irish - ‘but where are you really from?’ He finally mumbled out in front of the whole class that his father was from the West Indies - cue all of us wondering where the West Indies was. It was a privilege to feel like we categorically ‘belonged’ somewhere, no one would question our identities let alone ask us outright about them. I’ve lived in five different countries in my lifetime - I look like I could be from any one of those countries - it’s a privilege to walk down a street in more or less any European country and blend into the background of anonymity.

A more recent episode I can recall from my student days – I lived in the Netherlands my part-time job was in a fast-food restaurant, my black housemate/university classmate worked with me on most shifts - it was ‘Zwarte Piet’ season in the Netherlands. Two white members of staff painted their faces black and handed out sweets outside the restaurant. The floor was packed, we were clearing tables and a customer in the crowd asked her if she was wearing blackface, she was visibly upset and I didn’t know what to even say or do apart from offer my mutual feelings of shock and disgust - again with the realisation that going out on the floor of the restaurant and hearing a jeer in reference to my skin colour was not something I would ever have to deal with: a privilege.

In Senegal, West Africa at the beginning of this year - one afternoon coming back from mainland Dakar on the ferry, a group of schoolgirls clambered on in their pale blue uniforms returning home for the evening. I was the only white person on the top deck of the boat with the girls, most of them not older than five or six. In the next few minutes, they were all sitting in the row with me, some holding my hands and some affectionately playing with my hair. A little girl whispered to me in French how ‘beautiful’ and ‘soft’ it was, she had her own hair styled in braids with a bead at the end of each, I replied that her hair was much more beautiful. With a coy expression she answered her hair was too coarse and ‘not pretty’ like mine. At the age of five she was already holding up white beauty standards as the ideals to aspire to, even in West Africa. It struck me as a sad and unwarranted privilege, to have our skin and hair revered as ‘more beautiful’ - the moment really stood out for me among the many learning experiences on that trip. But white privilege goes beyond and much deeper than the world of hair and beauty.

For anyone who has experienced being in a relationship with someone of a different ethnicity this also brings a new sense of awareness of privileges taken for granted. The first time travelling back to my hometown, on a night out with friends - someone went out of their way to shout out the N-word across the street outside a pub. Whilst I was mortified it rolled off him like acceptance - like it was something that was bound to happen. It’s a privilege I absolutely never even think about - that when I travel basically anywhere, the likelihood of me being singled out on the street for racial abuse is essentially nil.

Why does it ‘just happen’ and why accept it as part of life? At the root of the Black Lives Matter movement is a demand for the same dignity that we receive without question.

There are a million microaggressions you only become aware of when you have been with a partner of a different race - you become aware of innocuous comments and despite how liberal and modern we think Europe is - while it’s no longer ‘taboo’ it’s still worthy of comment to many. It still provokes a second glance or an under the breath remark. Europeans sometimes look to the United States with an arrogant pity, the truth is there’s a lot of work to be done in our own backyard. I recently put up a poll on my Instagram account  asking if people thought it was more of an American problem, almost 50% said yes. The problem of police officers killing black people may be more commonplace in the US but black lives mattering less certainly is not an exclusively American issue.

If you are reading this perhaps it made you pause and think for a moment about your own privilege  – and that’s certainly a start in what ultimately has to be a lifelong commitment to seek systematic change.

Education and acquiring knowledge is never-ending and so I’ll reference below what I’ve been reading and watching to inform myself and would urge you to do the same.