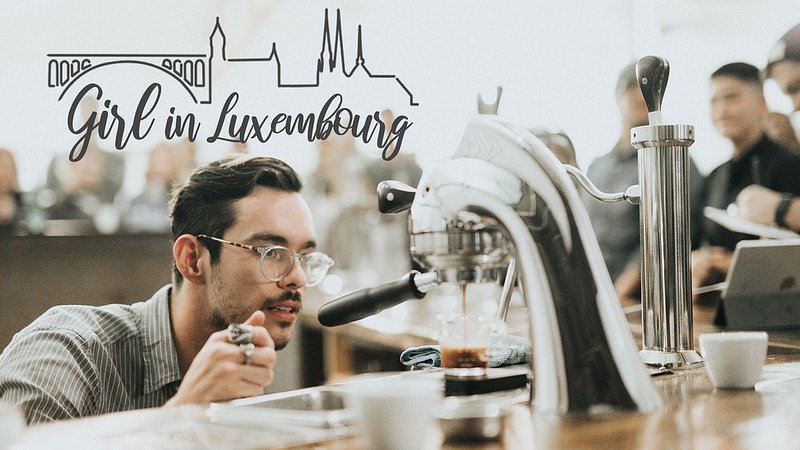 The slash or the ‘multi-hyphenate’ used to be reserved for the ‘creative types’, normally the actor/waiter or the DJ/barista etc. Whilst one half would be a normally creative role with an unsteady income, the other would take care of the bills and support the pursuit of the former.

But the ‘slash generation’ is now going beyond the creative industry and tackling new territories of employment. My only experience of ‘/’ is Masters student/McDonalds worker, which doesn’t really count — although I did lead a double life of debating the quirks of European law by day and flipping burgers for drunken Dutch people in a language I couldn’t actually speak/understand by night – but that’s by the by.

So, let’s back this up with some figures: one in five millennials are working in multiple jobs. According to this UK study (unfortunately there is no Luxembourgish research on the matter just yet) the ‘slash culture’ is a growing trend. Workers are not just handling more than one job simultaneously, but these jobs can be vastly different than one another. A significant 19 per cent of employed millennials have two or more jobs, more than any other generation. On paper this actually means the average 24-year-old has more experience across multiple fields than someone 20 years older.

So, what does this mean are we a generation of career-jugglers, or simply people who cannot make their mind up? Reasons mainly included the desire to learn new skills, and a desire to have ‘variety’ in their work. Whilst older generations tended to cite increased earnings as their main motivation for a second job. As we have heard many times before, millennials are not (only) about the money and constantly seek purpose and variety.

The employment landscape has changed drastically in recent years, and signs point to the ‘/’ being the future. Twenty years ago, if you had told the average employee they could do their job without stepping outside their front door they would have spat their coffee out before firing up their Microsoft Encarta…oh how times have changed. Labour conditions and practices have evolved more rapidly, more than ever before – flexi-time, work from home, digital nomads etc. If we find the slash generation hard to comprehend as being the ‘norm’ in the future it’s just because we cannot fathom it yet but the ball is only getting rolling.

‘Dabbling’ in various paths could be seen as unreliable and flakey, but increasingly it’s a sign of success to have another string to your bow (within reason). The corporate banker from Mon-Fri who is also a certified yoga teacher or the lawyer who is also a vlogger/content creator in their spare time, the management consultant with their own micro-brewery on the side – if these sound like the most ‘millennial’ things ever it’s because they are.

But of course, there’s the inherent risk of being the Jack/Jacqueline of all trades and never the star player, naturally this ‘slash-ism’ has been fuelled to a considerable extent by Instagram, a platform that made it possible for theoretically anyone to build a personal brand and monetise it. The ‘side hustle or die’ mentality has also been credited with contributing to burn out amongst young workers and a lack of work/life balance. When your hobby/source of joy also becomes a source of income and ‘work’, does it still remain fun?

According to the Financial Times, we should plan for ‘five careers in a lifetime’ — this may sound excessive, with the reasoning being that ‘It makes sense to seek protection by reinventing ourselves before someone else decides we are dispensable’.

With the ease of forging online communities to explore whatever our ‘niche’ interest is exploding and transforming social engagement, it’s never been easier to create a social community and with that comes a flourishing of new careers that didn’t exist only a few years ago.

We are constantly bombarded with the risks of automation, of how we need to keep up or else a robot will replace us (thanks LinkedIn) the fact is that we don’t even know what jobs will exist in another 10 years. What does come up time and time again is everyone’s favourite buzzword: adaptability. I turned thirty recently, but I already somehow feel behind, in that I don’t know how to code and realistically have no desire to learn it. I’m already getting future premonitions of young people sighing and rolling their eyes at me when I ask what they consider a stupid question, the exact same way I (still) do to my parents when they ask for help on the computer or they don’t know how to work an app etc. (sorry parents :/). I suppose it’s the circle of life, or technology rather. It seems I need to seriously think about my ‘slash’ going forward.

As always, we would love to hear your thoughts on it all, are you a ‘slashie’ or do you want to be? Let us know (party in the comments section).

The rise of the slash generation /