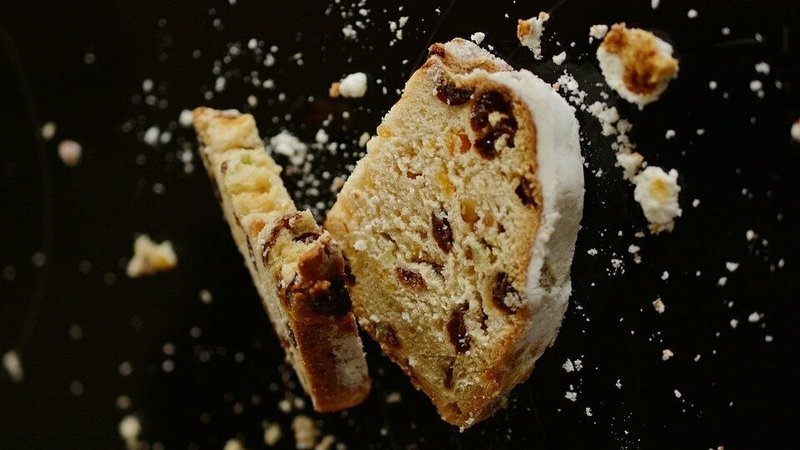 Some of you might have taken part in Veganuary, which ends this week, and found that you struggled with vegan baking. Vegan baking was indeed considered niche for a long time but as more people have started to show interest, it has been adopted by big chains and, even Bake Off had a vegan week and that definitely means something.

I personally find vegan baking the hardest when it comes to 'veganising' recipes, but with some practice and background knowledge it becomes a lot easier. Here are a few tips that might help you start your vegan baking journey:

DO start simple. If you’re used to ‘normal’ baking it definitely feels strange to leave out the usual key ingredients, such as eggs, from certain recipes. This change might seem daunting at first and that’s why it is best to start with simple recipes such as pancakes, brownies or plain cakes because these are easy to veganise, and usually turn out well the first time round — while still tasting very similar if not identical to their non-vegan counterparts. Once you’ve mastered these basics you can move on to more complicated bakes.

DON’T give up if it doesn’t turn out the way you want at first. Getting the texture of vegan bakes right is not always easy. Depending on what substitutes you use the recipe might turn out to dry or too moist. From experience I would say that vegan cakes often take longer to bake and getting the time right might be tricky sometimes. So don’t despair if you’re not a star baker from day one, after all you’re completely changing your habits when it comes to baking.

DO be open to trying new things. When trying to cook anything vegan it is always a good idea to keep an open mind when it comes to using new ingredients, so don’t be surprised if you see unusual ingredients in a recipe, they are there for a reason. In the specific case of baking you might come across ingredients such as chickpea flour, flax- or chia seed, and aquafaba (the water leftover from a can of chickpeas). You’ll probably never used these before or at least not in a cake but the ingredients here mentioned can for example all substitute eggs, and aquafaba can even be beaten like egg whites in order to make mousse or meringue.  Some of the more unusual ingredients can often still only be found in organic or speciality shops but it is worth having a look.

DON’T think ordinary bakeries are out of the question now. A lot of baked goods are already vegan which means that you do not have to start making everything from scratch. Most bread is vegan, as is pizza dough, however Naan bread is often made with yoghurt but can be substituted with parathas or chapatis which are mostly vegan. In certain bakeries even pastries are accidentally vegan because margarine is used instead of butter, in that case you just need to check the ingredient list. In light of the growing popularity of veganism, some bakeries have even started offering clearly labelled vegan pastries and cakes which makes everything easier, even if it is still quite rare here in Luxembourg. In addition, several biscuits that you can buy in supermarkets are also vegan, especially plain biscuits.

DO some reading. It is always a good idea to do some research before starting something new, and if you took part in Veganuary you might already have done so. There are a lot of blogs and websites dedicated to vegan baking where you can find all kinds of tips and tricks that can help you get started. If you decide to stick to veganism you might want to consider buying a vegan (baking) cookbook, most of which also come with a handy introduction and key ingredient lists.

DON’T rely on commercial egg substitutes. Being able to get vegan powdered egg substitutes form ordinary shops has become more common over the last several years and while this can be very practical and easy to use, you shouldn’t rely on them because there are so many more possibilities that are also way cheaper. Amongst those are, amongst others,  applesauce, bananas, oil, ground flaxseed, and the already mentioned aquafaba. When using one of these you just have to keep in mind that some of them might affect the taste, something that doesn’t happen with the egg replacement powder. I personally find that applesauce works very well in cakes where chocolate is involved because it doesn’t affect the taste and the bake turns out moist.

DO experiment. Not every recipe will turn out fine and it might take a while until you find the right one. If you don’t like the end result try changing the measurements or maybe use a different milk or butter substitute to see how that affects the result. However, if you really don’t like a recipe just move on — there’s no point in pretending, and you will most definitely find another one that works better for you. I remember that my first attempt at vegan pancakes went horribly wrong, they were just about edible and tasted more like flatbreads than pancakes. But now, after some adjustments they taste way better and non-vegan people can’t even tell the difference.

DON’T just leave out eggs or dairy. Taking your ordinary cake recipe and just leaving out the non-vegan ingredients will not work, using one egg instead of two might be okay but just leaving ingredients out completely will simply not work. If you are experimenting I would recommend not attempting this because the result will almost certainly be disappointing.

DON’T forget that yeast is vegan. While yeast is a fungus and therefore technically alive it is not an animal and is therefore considered vegan by most. This is good news because yeast is very useful in sweet and savoury bakes, moreover a simple yeast dough is easily veganised and almost always turns out fine.

DO look out for accidentally vegan products. A lot of ready-made doughs that are available in supermarkets are vegan even if they are not labelled as such. Pastry doughs often use margarine instead of butter because it is cheaper. Pizza doughs are also often vegan, as are bake-at-home croissants but it is always worth to double check the label. Unfortunately fresh pasta is almost never vegan and you might have to make your own if you crave anything like ravioli.

DON’T use the same substitute for every recipe. Because there are so many possibilities in vegan baking not every substitute will work in every recipe. For instance some vegan butters are softer than others which can affect the texture and some margarines are not suitable to be heated. Similarly, certain milks have a more prominent taste that will affect the taste of the bake. In the end all of this comes back to experimenting and finding what works best for you.

Finally, DO enjoy whatever you made and share with friends and family, they will be surprised how good a vegan cake tastes. Have fun baking!