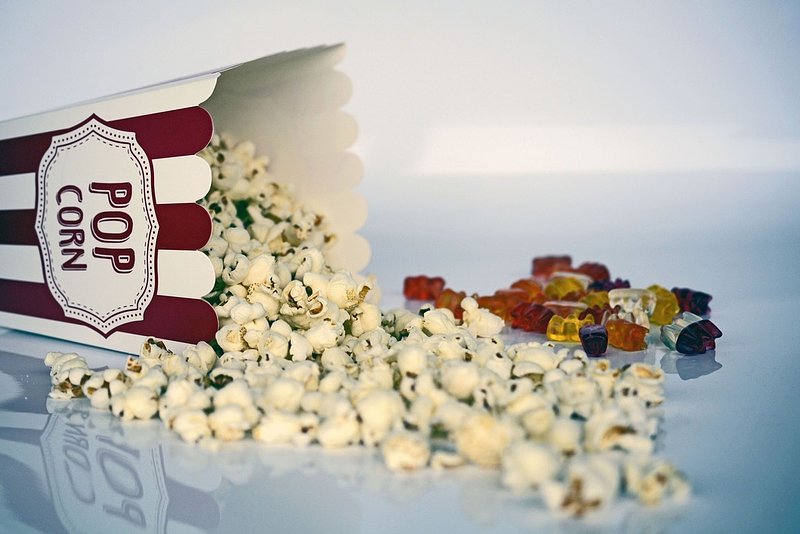 Handy guide to everything (probably) you need to know to avoid being a proverbial pain at the Kino.

What is Cinema etiquette?

Otherwise known as Social Norms, Cinema etiquette is that bit of common sense that goes missing when people huddle into a darkened room to watch a new (or sometimes not new) film. The general wherewithal to remember you're in a theatre with other people who also happen to, like, exist.

Arrive late, spend 10 minutes trying to find a 'prime seat'...in the dark, forcing the other 'respectable' folk to do the awkward knee scrunch manoeuvre*.

When queuing for an advance screening, don't be that type who gets into neck breathing distance of the next person...it's not only gross but verges on assault.

In a nearly empty hall don't sit directly in front of other people.

Carry too much from the concession stand so that you can't see over your goodies or indeed open the door yourself.

Eat your foodstuffs like you need a feedbag or a trough.

Bring children to a wholly inappropriate screening (yes, there's a thing called the internet but don't be privy to scarring fragile little minds). If you've come to a family friendly film and your kids are being a little overly precocious, please take them out of the auditorium until they have calmed down.

Don't use the chairs to the left and right as handy coat and bag racks. We all like personal space but don't be a d*#!.

Don't put your feet up on the row in front (empty or otherwise).

Don't kick the aisle seats in front of you.

If sitting on an infernally squeaky chair don't fidget like a speed freak.

Don't come to the cinema if you are ill - sniffles fine, hacking, spluttering cough...not so much.

Don't be late then ask other people to move so as to accommodate your preciously snow-flaking selves.

If attending a Sneak Preview, where the nature of the screening is that of surprise, don't get self-righteous when the film isn't the latest blockbuster smash you had hoped it would be.

Chat with whomever is sitting next to you every two minutes to comment on what just happened. By the way, your whispers aren't half as quiet as you may think.

*that half leg turn that garners no more than 2cm extra leg space but almost definitely guarantees a dropped tub of popcorn or spilled goblet of fizzy sugar liquid.

Do open your packets of chewing stuffs BEFORE the film starts

Luxembourg cinemas carry and screen many versions of the same film, ensure you have the correct language: International VO films normally carry subtitles (Eng is often Fr. and NL.) but French films may not carry any sous-titres at all. Check before going in.

Some films carry a surcharge for a longer running time, be sure to check the prices board, so you're not caught out at the cashiers desk.

Be sure that you've checked if the film you are going to watch is in fact not in 3D. Don't be the family that has a million spare 3D glasses at home but never any when you go to sit down (if the film is set in the past, features corsets, chances are it's not in 3D, Pride and Prejudice in 3D would be quite the show, however).

Go to the toilet BEFORE the film starts.

If you are the type who doesn't clean your seat as you leave, you need to have a stern word with yourself or risk a swift kick to the shins.

For the love of all that is holy... even if it is the BEST film of all time, please don't walk into the lobby and reveal the stunning plot twist to all and sundry .

Follow these simple (and admittedly, fairly exhaustive) guidelines and you might find yourself invited to more films, more often.