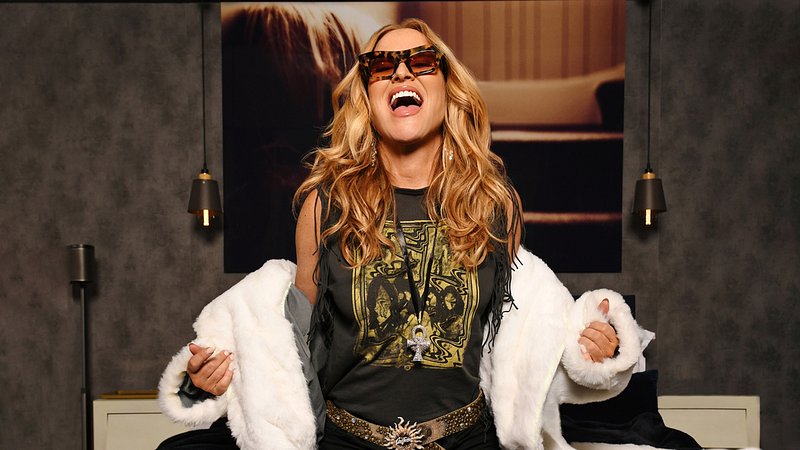 You may have missed your chance to win tickets to the 26 October concert, but there is still time to listen back to Melissa's video call with American pop artist Anastacia!

Melissa of RTL Today Radio was joined over video call by American pop artist Anastacia, who rose to success around the world with her 2000s smash-hit “I’m Outta Love”.

Across the ocean in sunny Florida Anastacia remarked on how she was feeling as her 22nd Anniversary European tour draws closer to its start date.

"Even though I’m here I feel like I’m everywhere at this moment because we're planning everything, and the tour is around the corner."

The tour started the 9 August and is Anastacia's full return to live performance after two years of postponed shows. Like all of us, Anastacia is trying to readapt to business as usual after a long stretch of restrictions, distancing, and quarantine.

However, normal for Anastacia when it comes to touring is not a lineup of arenas or stadiums that might be expected from an international star's anniversary tour. Something that sets Anastacia's tours apart from singers of similar fame is that she chooses intimate venues over massive audiences. She feels the small crowd sizes allow her to connect more closely with fans in ways she would not otherwise be able to.

"I can pull somebody's name out of the audience and talk to them for a second, I love that part of being able to get to know my fans in a way that is super comfortable for me".

Along with the size of the venue, Anastacia also hopes to give fans a meaningful experience by performing many of the singles that drove her rise to fame. A rise that was a hard-fought battle which the repercussions of she can still feel today.

"Those old records still play in your head like 'I'm gonna prove it to them that I can sing my songs', even now, even twenty years later on stage".

Before becoming a chart-topping musician Anastacia worked a collection of odd jobs to survive, often feeling like a music career was not meant to be. The singer has been no stranger to struggle and has faced not only obstacles with her career but also numerous health problems throughout her life. The 53-year-old was diagnosed with Crohn’s disease at 13 and has battled breast cancer twice.

"I think that I've never been given a full deck of cards, so I just keep on trying to find the missing cards."

Despite the difficulty she has faced Anastacia takes on life with a philosophy of positivity, choosing to take on hardship with humor and optimism rather than negativity. She shared some advice for other people facing a challenging time in their lives during the interview:

“This moment that’s not okay is a moment and you need to go forward and be uncomfortable for a little bit because that being uncomfortable will become comfortable”.

As an artist Anastacia has become a legend throughout the world and as a person her story of perseverance can inspire many of us to laugh in the face of what scares us. As the interview ended the singer left us with another piece of advice for achieving goals:

"It's all gonna happen but you have to do it for you, because you can't fulfill everybody's dreams unless it's for you."

To hear this interview in its complete form and learn more about Anastacia's upcoming tour, her career, and her journey through life you can listen to the full interview right here on RTL Play or via the player below. You can also hear more from The Home Stretch with Melissa Dalton right here, or weekdays 3-6pm on RTL Today Radio.