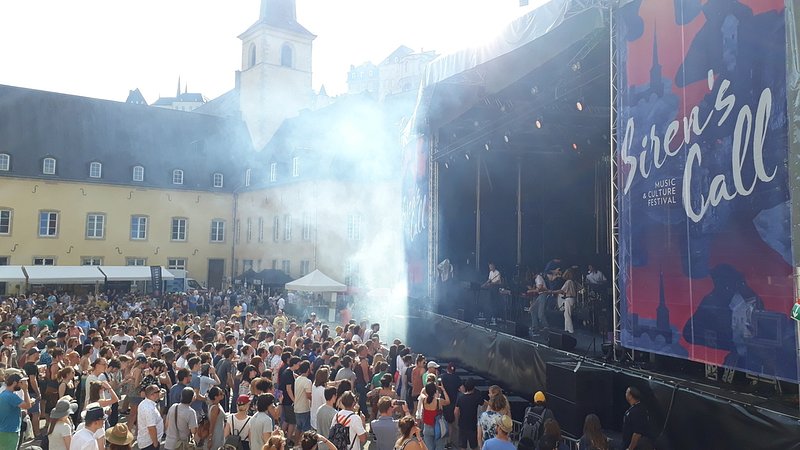 Siren's Call Festival, which was set to take place in the historic centre of Luxembourg City's Neimenster on 26 June, has been postponed to 25 June 2022, its organiser said on Thursday morning.

The event combines a vibrant mix of music, workshops and sound installations, but the pandemic has now put a line through the festival for the second year in a row. 2020 would have seen acts such as Foals and Nothing But Thieves take to the stage.

Organiser Den Atelier writes: "Although we had sincerely hoped to be able to let the Siren's Call Festival take place this summer, we have to announce the postponement of the festival due to the ongoing global Covid-19 pandemic. The circumstances simply do not allow us to stick to the planned course of the festival."

However, the team is in the process of preparing a couple of small-scale boutique open air events that comply with the given distance and hygiene rules.

Bad year for music - once again

European festivals are feeling a terrible sense of deja vu as spiking Covid-19 infections and a sluggish vaccine rollout force some of the region's top-selling events to close for the second year in a row.
In France, these include Solidays, Hellfest, Garorock, Eurocks, and Lollapalooza in Paris, among others -- together accounting for more than one million ticket sales.

The huge parties of Sonar and Primavera in Barcelona are also cancelled for a second year running. One of the biggest of them all, Glastonbury in the UK, has been cancelled as well.

A handful of events are still holding out in the hope of adapting to the situation.

For the nostalgic readers among us, here's the after-movie of the 2019 edition.